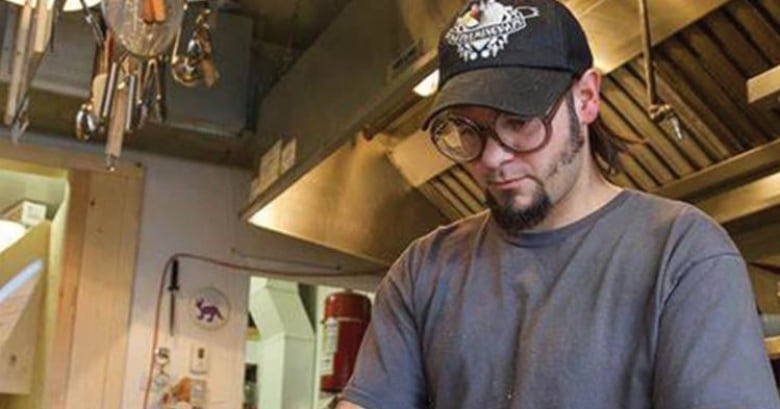 Organizers of a major Indigenous festival in Ottawa considered postponing or cancelling it entirely after COVID-19 restrictions meant they couldn’t gather in person.

Instead, the National Indigenous Peoples Day festival has adapted through videos on social media and even a virtual traditional cooking workshop.

But as an anti-racism movement swept the country, bolstered by news of Indigenous deaths during police interactions, Trina Simard said it only affirmed their decision to take the Summer Solstice Indigenous Festival online.

“I can’t speak for everybody but for me it’s part of what drives me about this education,” the festival producer and executive director of Indigenous Experiences said.

“It’s more than a festival, it’s our cultural and community connection and it’s really that one time of year where we get to share and celebrate with our neighbours who we are. I think that’s the first step in reconciliation.”

The Summer Solstice Indigenous Festival wraps up three weeks of events and activities Sunday on National Indigenous Peoples Day. It’s among many Indigenous organizations across the country finding ways to celebrate amid restrictions at a time when they say it’s especially important to do so.

Adaptation has meant mailing food kits to participants in a virtual traditional cooking workshop, Simard said. And the festival has partnered with the Social Distancing Powwow Facebook group to host its performers and others, with finalists competing Sunday.

Ongoing scrutiny of race relations and police violence were added focuses of this year’s National Indigenous Peoples Day, which was celebrated online because of the pandemic. 2:04

The Facebook group has almost 200,000 members since its creation in mid-March as a platform for dancers to dance, vendors to recoup their losses and recreate a sense of community online.

Virtual powwow participants this week have posted videos in full regalia in front of backdrops of oceans, mountains and fields across North America.

Belle Bailey, 19, posted her dance from Meath, Ont. She is an Alongquin from the First Nation of Pikwakanagan.

In her video, she wears her favourite regalia honouring Missing and Murdered Indigenous Women and Girls and has a hand print across her mouth, painted in red, the colour believed to be visible from the spirit world.

“My hope is that their spirits find peace dancing with me,” she says in her post. “Since I can’t dance in the Sacred Circle of my home traditional Powwow this year, I’m still dancing with my moccasins on the grass where I can smell the cedars and pines.”

“We do celebrate the one day but it should be integrated into Canadian history, not just a one-day celebration,” John said.

Bailey recently spoke in solidarity with the Black Lives Matter movement at a rally this month.

“I felt like I knew where they were coming from because as an Indigenous woman you have gone through what they’ve gone through and you know how they’re feeling,” she said.

Prime Minister Justin Trudeau issued a statement and video on Sunday saying the day helps to recognize not only the contributions of Indigenous people to Canada’s past, but also their role in building the country’s future. He also acknowledged how this year’s events have an added focus, in light of the recent cases of Indigenous people facing police violence.

“We have been working with Indigenous leaders and communities, and we know there is much more to do. Together, we must continue to address the systemic inequalities and discrimination that Indigenous peoples experience in Canada – issues that have been amplified by the social, health, and economic impacts of COVID-19.

“The latest tragic events and protests have also underscored how far we still have to go as a country, and the work we need to do to eliminate systemic racism from our society,” Trudeau said.

In Montreal, Land In Sights organized a fire ceremony for National Indigenous Peoples Day. Beginning at sunrise, a Mohawk elder planned to preside over the ceremony, which was to be webcast, a release said.

“Montrealers are invited, at that time, to open their computer and their window and to burn some tobacco in order to participate in this propitiatory rite which is intended to herald better times,” the release said.

Artists and personalities from Indigenous communities were to share recorded messages of hope and healing addressed to Montreal and the country. Programs shot during the 2019 Montreal First Peoples Festival were also be broadcast.

On the east coast of Vancouver Island, more than a dozen dancers and musicians gathered on a sandy stretch of beach under the sun. The Kumugwe Cultural Society and Dance Group recorded a video circulated this weekend in honour of the day.

Hereditary Chief Negedzi, whose English name is Rob Everson, said the song was passed on to his younger brother in the early 80s by his late grandfather, Chief Andy Frank of the K’omoks First Nation.

“We’ll use that dance to cleanse or bless the place that we’re dancing,” he said.

This is the first time in 20 years since the group’s formation that they haven’t spent the day performing in the local big house for hundreds of people and sharing traditional meals.

“This is totally different,” Negedzi said.

Although the group won’t be able to share their culture together locally Sunday, he said the video may mean the group reaches new audiences in its efforts to promote a better understanding of Indigenous ways.