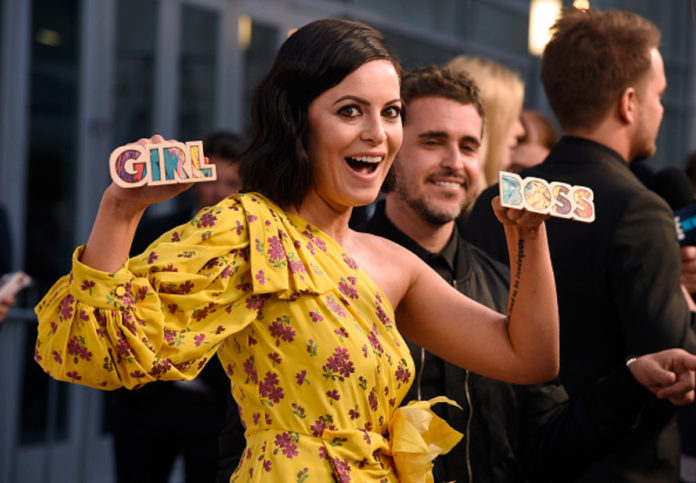 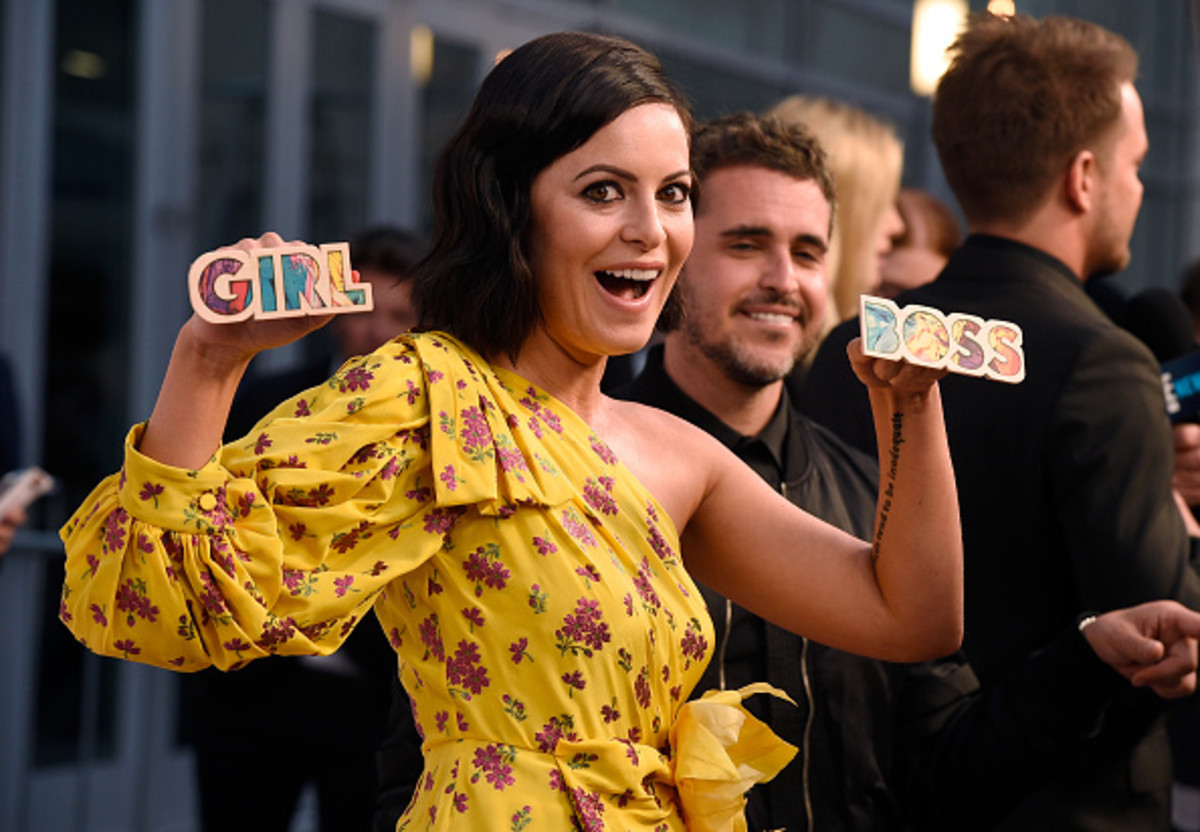 Girlboss Media ramps up with new editorial hires and $1.2 million in funding
GirlBoss media, founded by Nasty Gal‘s Sophia Amoruso, is expanding its digital reach following a confirmed $1.2 million in funding and a host of new hires. The media firm, which Amoruso said is aimed at “redefining success for a new generation of women,” tapped former executives and top editorial voices from Goop, Refinery29, Mashable and Clique Media Group. The bolstering of editorial ranks comes as Amoruso gears up for the August 23 relaunch of Girlboss Radio. {WWD}

Gap continues to show signs of improvementWhile its turnaround is far from complete, Gap, Inc.’s latest earnings report suggests it’s moving in the right direction. Comparable sales for the second quarter were up 1 percent compared to a 2 percent decline last year. That breaks down to a 5 percent increase at Old Navy, 1 percent decrease at Gap and 5 percent decrease at Banana Republic. It’s not gangbusters growth, but is a marked improvement over comparable sales this time last year. Profits were up, as well, and, in good news for investors, the company raised its earnings-per-share guidance for fiscal 2017. “With a third consecutive quarter of comp sales growth, we are seeing our investments in product, customer experience and brand equity begin to pay off,” said Art Peck, president and CEO, in a statement. {Fashionista inbox}

Hermès is selling $3,000 skateboards, because why the hell not?
A Hermès price tag never fails to deliver plenty of shock value. You want a vintage Birkin? That’ll be $14,000 dollars, please! So, when the French luxury house announced its latest offering for September — a skateboard — we weren’t surprised to see not one, not two, but three zeros in the dollar amount. While the boards are pretty fancy — they feature archival designs and are made out of a light beech wood with a maple veneer — they’re going to cost you $3,000. That’s a large chunk of change to spend on a small slab of wood with wheels. {i-D}

Millennials drive growth in luxury accessories sector Edited, a retail analysis organization, reviewed millennial consumer behavior within the luxury sector and found that this generation of shoppers is, in fact, buying luxury accessories — particularly bags. “With its low prices and swiftly developing trends, fast fashion has facilitated this demographic’s endless switching-up of garments, but that’s not to say the millennial shopper isn’t attuned to the finer things in life, which is where luxury accessories play a key role,” said Katie Smith, a senior retail analyst at Edited. {WWD}

The Cut will soon transform into a feminist media brand “The Cut” entered New York Magazine’s digital space in 2007, with a fresh and witty take on fashion and front-row fixtures. Over time, and under the editorial direction of Stella Bugbee, the site started responding to its political and cultural surroundings. In doing so, the fashion vertical developed a growing appetite for news coverage with a feminist point of view. “The core of who we are is not any different than it was five years ago — it’s just bigger,” Bugbee told Business of Fashion. “When I inherited it, it was the funniest fashion website ever, and it has stayed like that.” The site will solidify its shift from a fashion blog to a full-fledged feminist media brand with Bugbee’s recent promotion to editor-in-chief and their upcoming site redesign. {Business of Fashion}

Retail traffic is picking up speed
After a long retail drought, shoppers are starting to trickle back into stores. Walmart announced on Thursday that its U.S. comparable sales rose 1.8 percent with traffic growth of 1.3 percent. Similarly, Kohl’s’ CEO told WWD that improvement in their foot traffic for the second quarter served as the primary driver of growth in sales. Elsewhere, Target also saw a number of transactions in the second quarter grow 2.1 percent, thanks to an increase in foot traffic. {WWD}