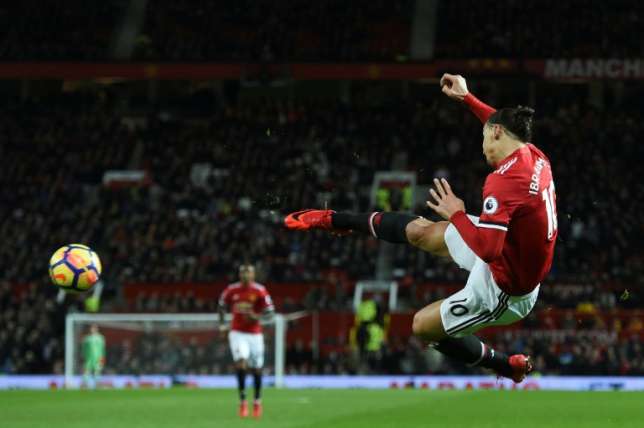 Paul Pogba, coming back from a 12-match lay-off of his own with a hamstring problem, started the game and played a pivotal role, laying on an equaliser for Anthony Martial and scoring United’s third.

But Ibrahimovic, who tore knee ligaments against Anderlecht in April and underwent career-saving surgery, drew the biggest cheer of the day when he appeared as a 77th-minute substitute.

“The second half was ours,” said Mourinho. “We had control, goals, beautiful actions and still time for a very emotional scene for all of us, who stayed close to such a professional with one of the biggest injuries in football.

“And so him coming back was a joy for everyone but for us close to him it was more than that, it was a big emotion to see the big guy back.”

Pogba was sorely missed during his two-month absence, not least by striker Romelu Lukaku who ended a run of seven games without a goal by adding the fourth for United against Newcastle.

And although he would not talk about Pogba during his injury, Mourinho was forthright about the French international’s value to United, although he now has to make a decision whether or not to select him for Wednesday’s Champions League group game with Basel.

play Manchester United’s Paul Pogba, coming back from a 12-match lay-off with a hamstring problem, started the game and played a pivotal role against Newcastle

“I agreed with him he had to make the decision of coming out at the first sign of fatigue because we don’t want to go over the limit so he played a little bit more than an hour.

“He affects our football. When he was injured I decided to close my mouth, we cannot be crying, we have to find solutions that we have but we all know — myself, and the fellow players — that some players influence the level of the team.

“So with him we had much more creation, we have a second way out from the first phase and I’m so happy. Let’s see the best decision for Wednesday.”

Pogba celebrated wildly, on his way down the tunnel, when Lukaku scored the fourth goal after 70 minutes and Mourinho was equally pleased to see the Belgian return to goalscoring ways.

“Strikers like to score goals,” he said. “It’s not a problem for me if he works like he always does and doesn’t score, but for their self esteem and self confidence they want to score goals.

“And he wasn’t doing that for a few matches and I know that can affect striker’s confidence, so I was really happy that he scored that goal.”

After the teams had traded goals, Chris Smalling headed United into a 2-1 lead in first-half injury-time, although Newcastle were close to snatching an equaliser before the break when an Isaac Hayden shot was well saved and Matt Ritchie’s follow-up shot was almost deflected in by Dwight Gayle, who had scored the opener.

“I’m really pleased and proud of my players for that opening 30 minutes,” Newcastle manager Rafael Benitez said. “But when you pay big money for players, they can make the difference.