Mother kills newborn daughter to save her career 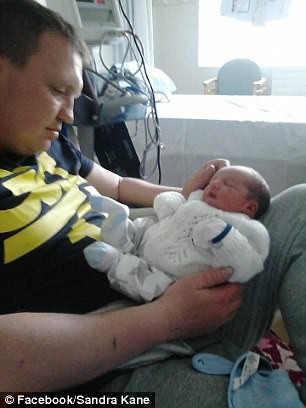 A 26-year-old mother who stabbed her newborn daughter to death with a pair of kitchen scissors because she feared having a child would harm her career, has been arraigned.

Rachel Tunstill, dumped her newborn baby’s body in a bin after allegedly butchering her with scissors 15 times at the flat she shared with boyfriend, Ryan Kelly.

Preston Crown Court heard the couple’s daughter Mia Kelly had been born after Tunstill had gone into labour on their toilet while Ryan played on his XBOX.

But she told her partner that she was ‘having another miscarriage’ and got him to hand her a pair of scissors.

Tunstill, who holds a degree in psychology and a masters in forensic psychology, told Ryan she didn’t need medical attention during the three hour-long event.

The Sun Online reports that prosecutor Louise Blackwell told the court: “On January 14, the defendant had been at work at Benjamin House.

“She had gone home that evening and then in the bathroom she had given birth to Mia Kelly – there Mia Kelly met her death.”

Tunstill was the deputy manager at Benjamin House Care Home at the time of the incident when she gave birth in the bathroom of her flat in Burnley.

She had suffered multiple miscarriages during the year leading up to the event and even blamed herbal tea for the morning after pill not working, a jury was told.

But during a meeting with her boss at the care home in March 2016, Tunstill became upset and admitted she was suffering from stomach pains.

Her superior explained that if she thought she was pregnant that she shouldn’t be at work because of the strict rules about working in a mental health facility while carrying a child.

The prosecution alleged that the miscarriages were a cause of Ms Tunstill wanting to climb the career ladder and being pregnant would hinder her ambitious plans.

Mrs. Blackwell told the court: “Her iPad and mobile phone and internet searches include ‘bringing about abortion.’

Police became involved when Tunstill went to Burnley General Hospital after feeling ‘the miscarriage was not complete’ on January 16 this year.

Tunstill, who denies murder, was questioned when her partner, Mr Kelly, 31, was initially arrested for murder which was the first he knew about the grim discovery.

The jury was told examinations later showed an ‘abnormal growth’ which Tunstill felt was the umbilical chord still attached to the placenta.

Mrs. Blackwell said: ‘Tunstill told nurses that she had passed a baby and it had not been breathing.