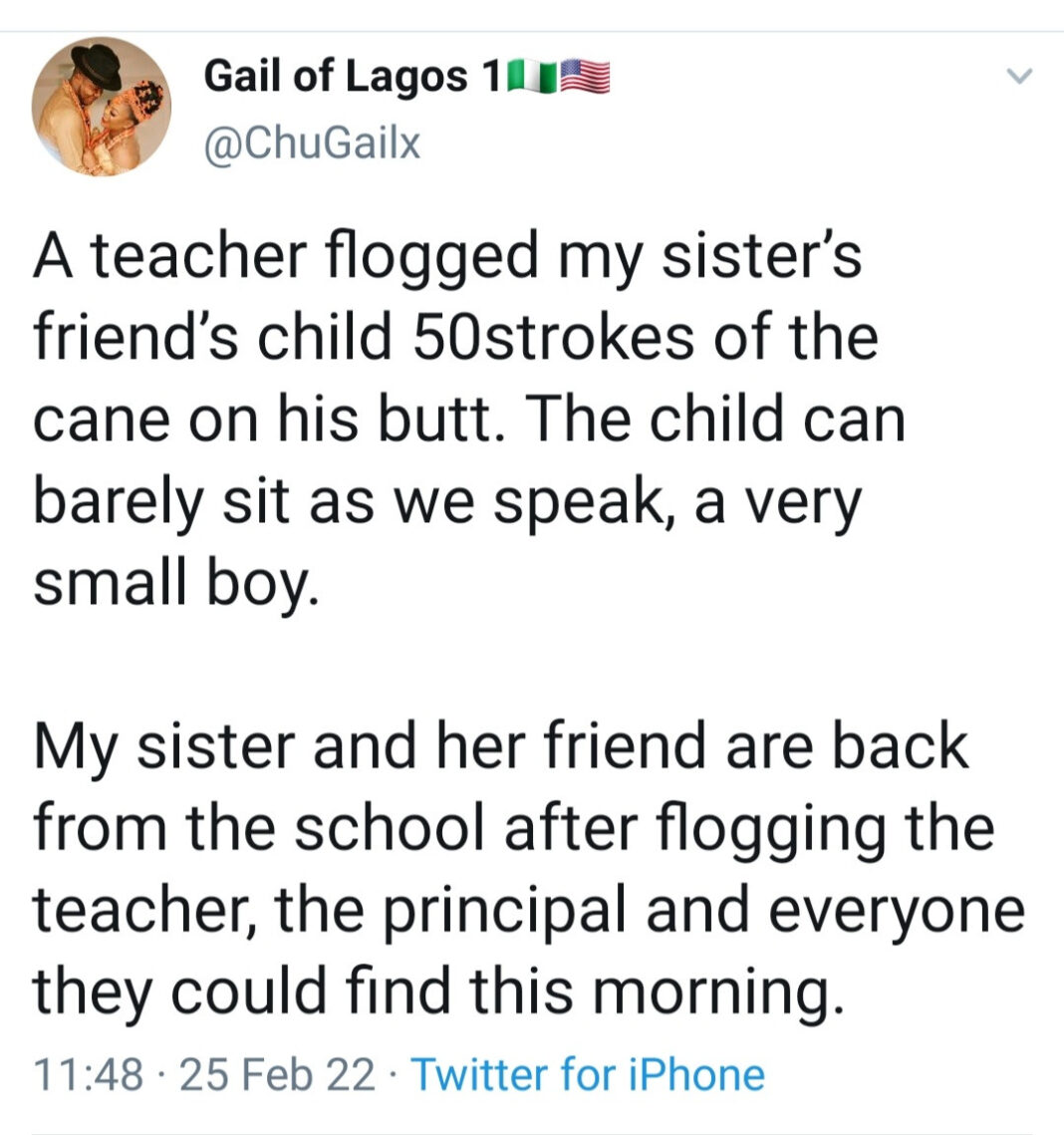 A mother alongside her friend stormed a school in Warri, Delta state, to fight after her son was given 50 strokes of the cane on his bum, making him unable to sit.

The boy named Shawn was flogged because he didn’t copy one page of his note.

The mother and her friend stormed the school the following morning and the mother used “iron” to flog the teacher and the principal.

Also Read: Nigerian Couple Mistakenly Capture Friend Who Was Having S3x With His Partner In Their Room In Live Video (18+ Video)