Moji Olaiya’s death: Why I lashed back at Yomi Fash-Lanso –Fabiyi 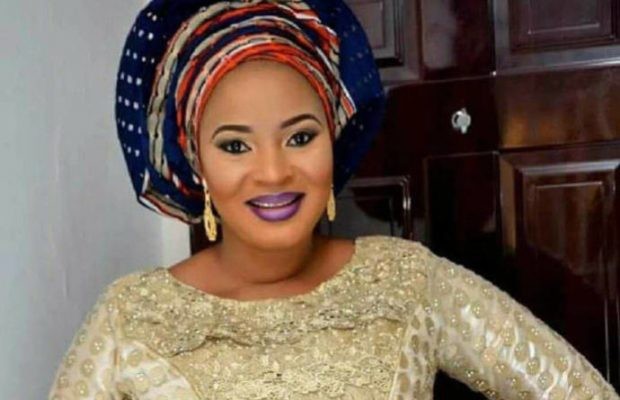 Ever since the death of iconic actress, Moji Olaiya, was announced, it has been met by one drama or the other ranging from how to bring the corpse back to Nigeria, to actors and actresses lashing out at each other.

Latest of this was the reported case between prominent actors, Yomi Fash-Lanso and Yomi Fabiyi, who doubles as the spokesperson for the burial committee set up by the family of the deceased.

In a post by Fash-Lanso on his Instagram account during the week, the actor condemned his colleagues for criticising Governor Ayodele Fayose of Ekiti State for not coming to the rescue of the late actress’ family in bringing home her corpse from Canada. He also cautioned the burial committee, some of whom he claimed criticised Fayose, adding that the attitude of Nollywood members towards the demise of the actress should be condemned.

He wrote, “What is condemnable here is the entitlement attitude of the committee and perhaps of very many sympathisers which are not only regrettable but unfortunate. Moji’s memory does not deserve this. What should be the norm? What should be the attitude of Nollywood to the rot in our system that has ensured several members and as a matter of fact, several Nigerians die daily for ailments that are manageable and for deaths that are preventable? Anyone using the occasion of the largesse of the Jagaban to create an unnecessary divisive and patronising narrative needs his or her head examined for not only being mischievous but outright missing the point.”

However this statement did not sit well with his colleague, Yomi Fabiyi, who felt that as the Public Relations Officer of their national body, there were ways he could have handled the situation without trying to drag the name of the burial committee members in the mud.

In an exclusive chat with Saturday Beats, he said he had no personal issues with his colleague but felt that he probably was trying to discredit the committee. Fabiyi said that most people were shocked at his statement because the actor even as a national exco, had not condoled with the family of the bereaved or paid a dime for the burial.

“I don’t have any personal issue with Yomi Fash-Lanso, I don’t troll my colleagues on social media. The fact remains that he is the PRO of our association, TAMPAN. The duty of the PRO is to protect the interest of its members. If he has any form of misunderstanding, Fathia Balogun is the chairperson of the committee, she is also the national welfare officer of our association and her duty is to care for all members. If we are all under her as a members of the committee, the right thing Yomi Fash-Lanso should have done was to put a call through to Fathia Balogun or call me, the publicist. I believe that he knows that it was not the committee that attacked Governor Fayose because we can never do that but as a mature person, he should have put a call across to us. We were wondering when he made such a statement because the deceased is our colleague, yet he has not visited her house, contributed money or called any member of her family to sympathise with them, yet you are attacking us on social media that it is not our duty to attack the governor. Does he want to begin to lecture us via the social media?” he said.

Fabiyi told Saturday Beats that the body of the deceased is expected to be in Nigeria in the next nine days and autopsy has been performed on her. He expatiated on the arrangements made for the two months old baby left behind by her mother and her 18-year-old elder sister.

“Asiwaju is footing the bill to bring the body back to Nigeria for a befitting burial. If there is any need for additional funds, her colleagues would support us and the funds we get from there would be used for the other expenses. What I can tell you about the money Asiwaju gave is that he gave us more than we requested for. I cannot disclose the amount. We requested for a particular amount and he gave us more than what we requested for out of his benevolence. I cannot disclose how much we asked from him but the cost included money to transport the baby, the person that would bring the baby to Nigeria, and the corpse. The major thing has been done by Asiwaju Bola Tinubu and we are grateful for that. The body would be brought back to Nigeria very soon. About five days ago, the Canadian government performed an autopsy on her and they have certified that she can be brought home. Her younger brother in London has also gone to Canada to support our person over there, Yinka Farinde, who happens to be a showbiz promoter. They have moved her to the funeral home and they are working on the paper work to bring her and the baby back to Nigeria. That would take about a week, in about nine days, her body should be brought back.

“We the committee members swung into action immediately after her death because of the two months old baby that she left behind. The custody and safety of the baby is very important because she died in a foreign country and we could not lay our hands on the baby. The family is going to take care of the baby’s feeding. They would be in charge of the baby and immediately the baby is back in Nigeria, they would decide the fate of the baby. The child has dual citizenship and they can raise her in Nigeria or abroad. At the moment, I want to believe that the best and safest place for the baby is for her to be with the family.

“The baby was meant to be sucking his mother’s breast by now but since she is gone, we had to resort to the alternate means of feeding and she is already coping. It was not easy at first because the baby was with her late mother for a little while. At the early stage, she reacted to the adjustment but she is coping fine now and she would live to grow old and become somebody important in life. We are also looking into the welfare of her older child even though we know that the family can take care of that. We don’t have to wait until she asks us especially if we have excess funds. On our part as colleagues, we would support her and would not wait until she asks. She would soon round off her education and Tinubu also mentioned that he would look into that later on after the burial shortly after he asked about her profile,” he said.