Mitch McConnell Laughs When Confronted On Senate Inaction Over Coronavirus 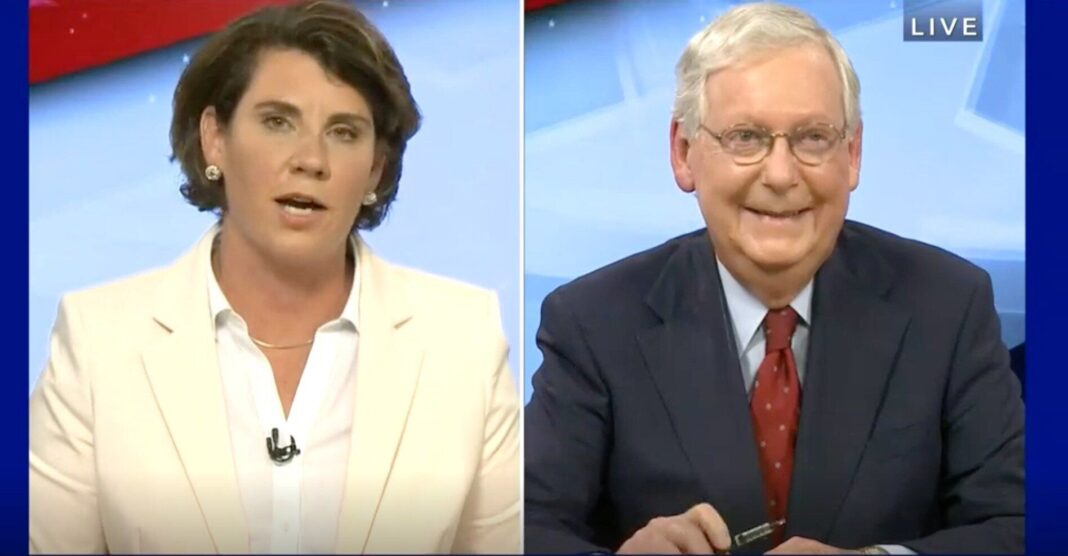 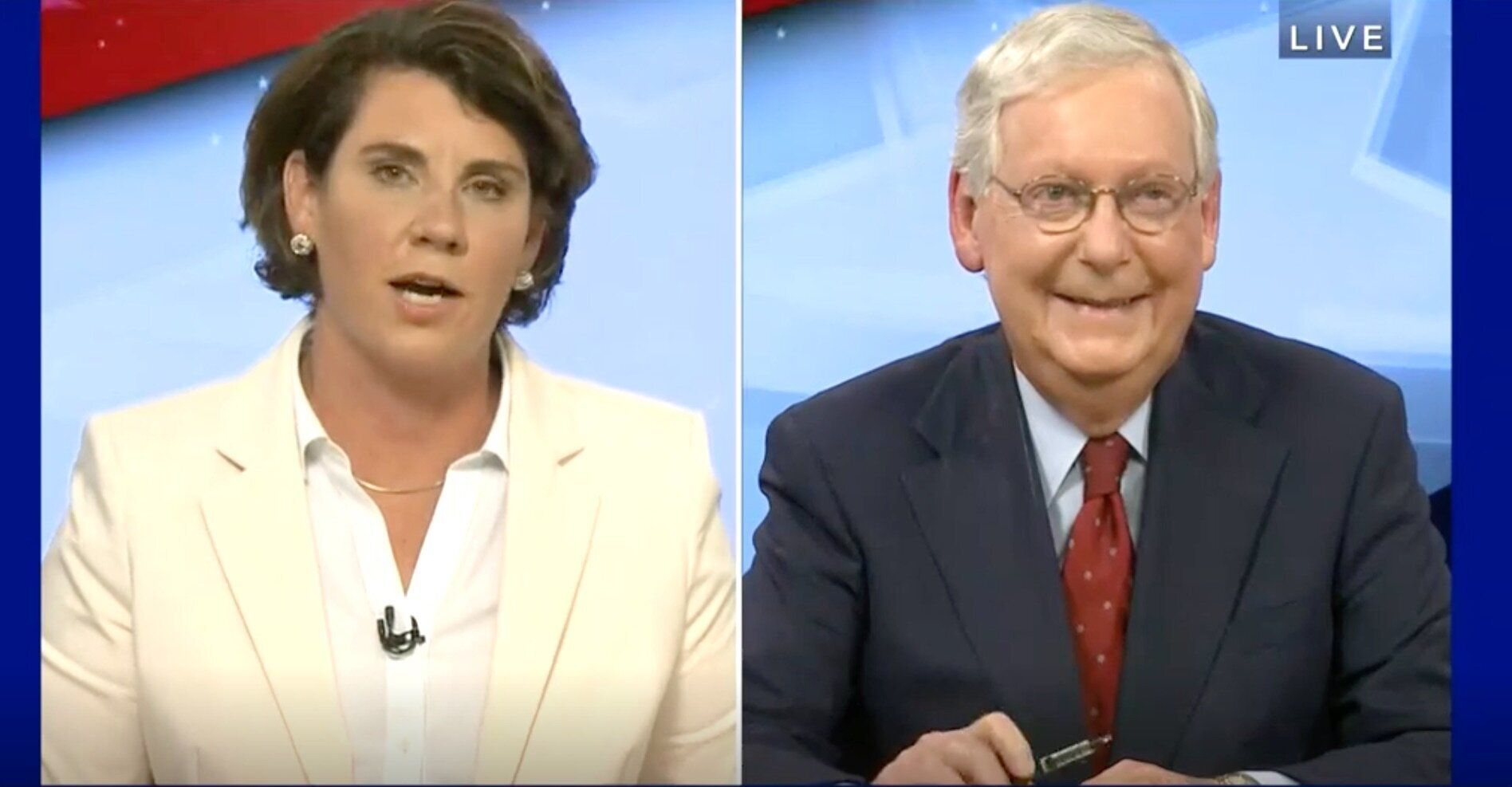 Senate Majority Leader Mitch McConnell (R-Ky.) is coming under fire on social media for laughing during an exchange over coronavirus relief during a debate Monday with Democratic rival Amy McGrath.

McGrath challenged McConnell over his decision to allow a Senate recess in the spring rather than continue work on new relief measures for those affected by the COVID-19 pandemic, which has killed more than 214,000 Americans.

“The House passed a bill in May and the Senate went on vacation,” McGrath said as McConnell laughed. “You just don’t do that. You negotiate. Senator, it is a national crisis.”

Kelsie Taggart of the progressive PAC American Bridge shared the clip on Twitter:

Mitch McConnell LAUGHS when called out for his lack of action on COVID. #KYSen

“If you want to call yourself a leader you got to get things done.” pic.twitter.com/dHbXDf28OQ

McGrath was referring to the House passage of a nearly $3 trillion relief bill in May, which GOP lawmakers in the Senate dismissed as “dead on arrival,” then McConnell adjourned for a week for Memorial Day.

“We’re facing a national crisis,” she wrote after the debate on Twitter. “There’s nothing funny about 214,000 Americans dying.”

McConnell said the Senate had been negotiating with House Speaker Nancy Pelosi (D-Calif.) but insisted she “has been totally unreasonable and not interested in getting an outcome.”

He also said that senators remained in contact via phone.

Taggert noted that it wasn’t the only time McConnell chuckled his way through the issue:

“Sen. McConnell built a Senate that is so dysfunctional and so partisan that even in the middle of a national crisis he can’t get it done,” McGrath said. “For that reason alone he should be voted out of office.”

Critics called out McConnell for laughing during the debate over the public health crisis:

Wow … how do Kentuckians keep re-electing someone who drips with so much contempt for them, for their lives and health, and for the elections process? I truly don’t get it, Kentucky. Is this your king?? https://t.co/wX9Reh6He9

Hey Kentucky, your Senators should have a basic understanding of laughter at the very least. If a person laughs like a broken 1940’s antique possessed doll, there is probably something wrong. https://t.co/sU3d37cBNf

McConnell’s gleeful laugh when McGrath talks about his failures on COVID is…something pic.twitter.com/axoFqqGG8D

Our Get Mitch fund is sprinting for @GaryPeters. This is the most important Senate race for you to support right now: https://t.co/jzjeW5Kxyhpic.twitter.com/BBiEjia7Ry