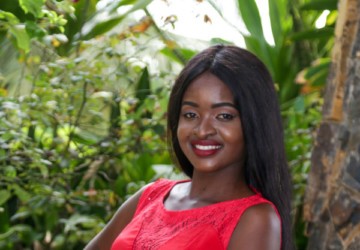 The African beauty queens competing at Miss World 2017 beauty pageant were revealed this week on BN Beauty and with just a few more days to go before the competition officially kicks off, more African queens are joining the race for the crown.

Two more countries have been added to the delegates for this year and they are Liberia and Madagascar.

Meet the queens below.

Name: Wokie Dolo
Age: 25
Bio: Wokie has completed a Bachelor of Science Degree in Peace and Conflict Resolution and has ambitions to be a Social Entrepreneur. Her proudest moment was being the keynote speaker at her Alma University during their Graduation Programme. She enjoys mentoring children, dancing, cooking and playing sports. Wokie’s favourite film is ‘the Transporter’ and her favourite song is ‘The Greatest love of All’ by Whitney Houston. Personal Motto: ‘If your dream doesn’t scare you then it’s not big enough.’

Name: Felana Tirindraza
Age: 19
Bio: Felana is studying Journalism and would like to pursue a career in TV Journalism. Her sporting interests include basketball, high jump and petanque. She plays the guitar and has a special talent for dancing. Her proudest moment is when she assisted victims of a drought in Androy where there are currently one million people suffering from hunger. She would like to continue her work supporting those affected by the drought. Personal Motto: ‘If you can’t be a star in the sky, be a lamp at home.’