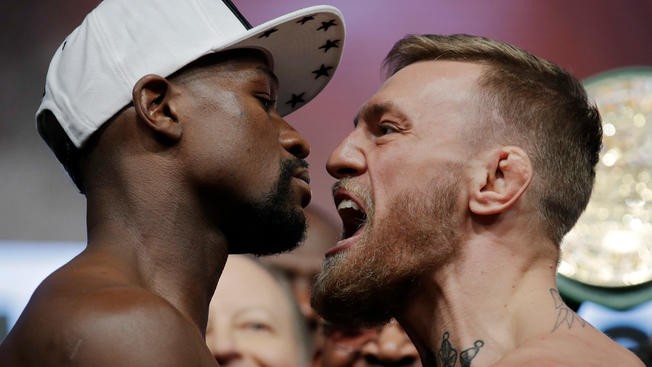 Bookies had faced taking a big loss because McGregor tickets outnumbered Mayweather tickets by as much as 18-1 at some books. But the big bets started coming in Thursday on Mayweather and at the William Hill chain of sports books 74 percent of the money on straight bets was on Mayweather.

There were a handful of million-dollar bets on Mayweather, with three coming in just hours before the fight. The biggest reported bet on McGregor is $100,000.

Bookmakers say they still will post a big loss should McGregor beat Mayweather, especially if he stops him early. If Mayweather wins, though, it will be a big score by the sports books.

Mayweather was minus 600 at William Hill, down from 11-1 when the fight was announced.

The fight is shaping up to be the biggest bet fight ever, breaking the mark of about $50 million set in Mayweather’s win over Manny Pacquiao in 2015.