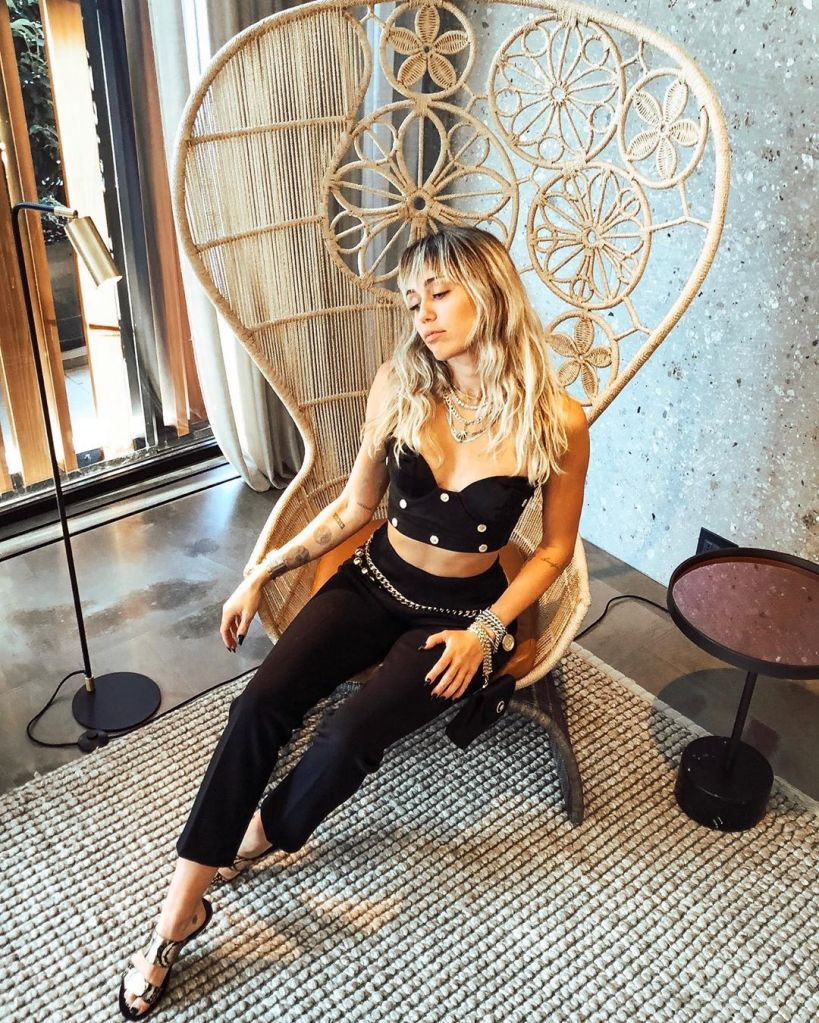 A subtle sign. Miley Cyrus was spotted sans her wedding ring in Italy ahead of news that she and husband Liam Hemsworth had split.

The “Nothing Breaks Like a Heart” songstress, 26, posted a sultry picture of herself on Saturday, August 10, and fans were quick to draw attention to her bare left hand. “Mute me if you don’t want SPAMMED,” Cyrus captioned the photo that showed her sitting on a statement chair.

The photo came amid dozens of other snaps Cyrus has posted while on vacation in Italy with her sister Brandi Cyrus and Brody Jenner’s ex Kaitlynn Carter. Multiple sources confirmed to Us Weekly later on Saturday that the Hannah Montana alum and the Hunger Games actor, 29, had called it quits on their relationship nearly eight months after tying the knot in December. 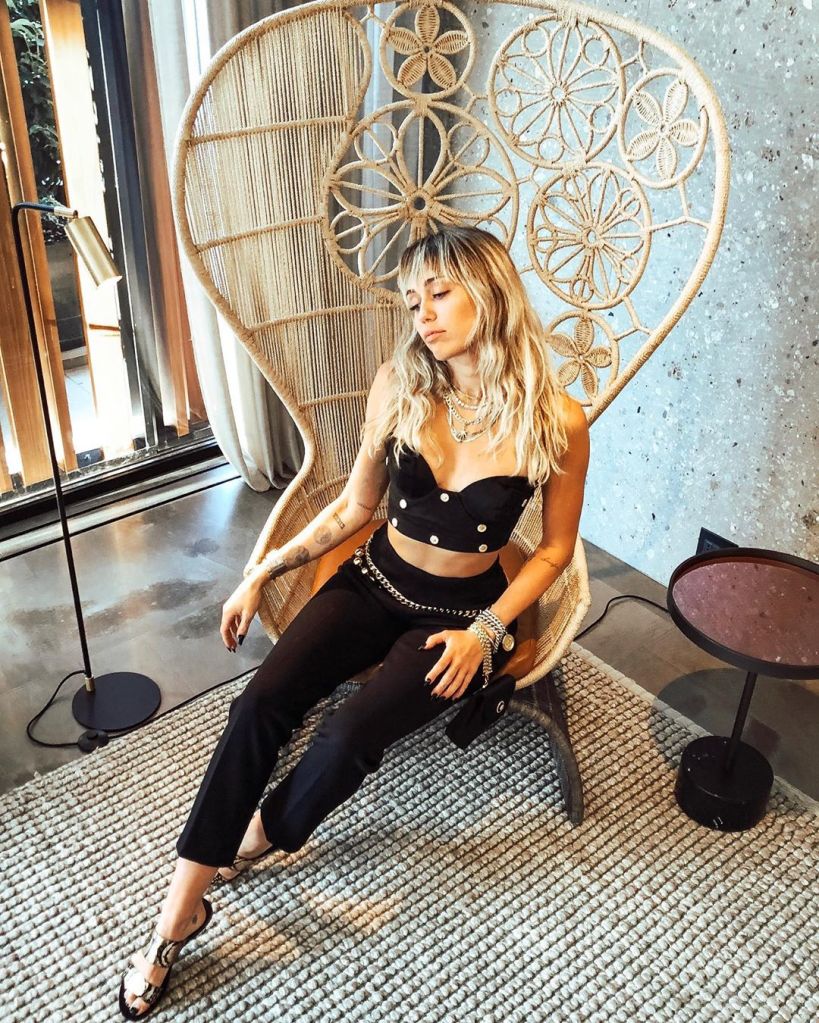 “Liam and Miley have agreed to separate at this time,” a rep for Miley told Us in a statement. “Ever-evolving, changing as partners and individuals, they have decided this is what’s best while they both focus on themselves and careers. They still remain dedicated parents to all of their animals they share while lovingly taking this time apart. Please respect their process and privacy.”

While fans on social media were mourning the couple’s split, the actress is seemingly enjoying her girls’ trip with Brandi, 32, and Carter, 30. In photos obtained by Entertainment Tonight on Saturday, the “Mother’s Daughter” singer and the blogger were spotted packing on the PDA while soaking up the sun in Italy.

Most Shocking Celebrity Splits of All Time

In one photo, Miley and Carter can be seen showing off their backsides in cheeky bikinis as they lay with their arms wrapped around each other. Other pictures show the twosome exchanging poolside kisses.

Miley and Hemsworth met in 2009 on the set of the romantic film The Last Song, and exchanged vows at their Nashville home following the Woolsey Canyon wildfire that claimed their California home.

Carter and Jenner, meanwhile, announced their split earlier this month, just one year after celebrating their wedding in Indonesia, with a source telling Us the former duo were never legally married as they did not obtain the proper documents following their nuptials.

In July, Miley opened up about her sexuality and unconventional marriage, telling Elle magazine, “it’s very confusing to people that I’m married,” explaining she made a “partner decision” when she married Hemsworth. (Miley has previously referred to herself as queer.)

“This is the person I feel has my back the most,” she told the outlet. “I definitely don’t fit into a stereotypical wife role. I don’t even like that word.”