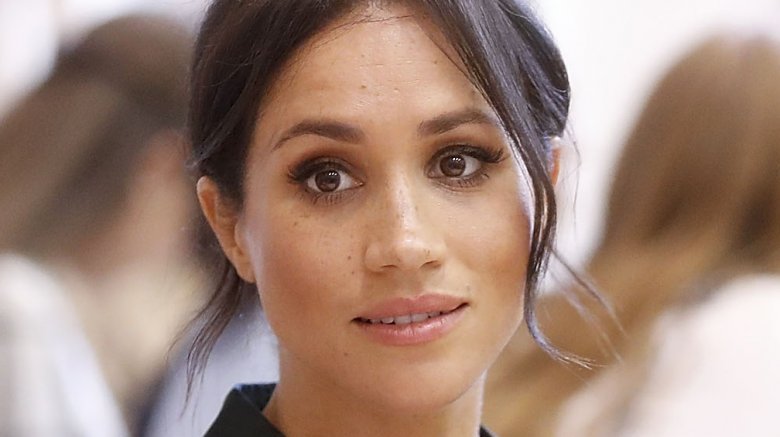 Meghan Markle’s estranged father was apparently left in the dark.

Thomas Markle reportedly didn’t learn of his famous daughter’s pregnancy until her official announcement with husband Prince Harry made international headlines on the morning of Monday, Oct. 15, 2018, Us Weekly reports.

According to a source cited by the magazine, “Meghan did not tell Thomas Markle about the pregnancy. He found out the same time as the rest of the world.” However, the insider went on to allege that the duchess “immediately” shared the exciting news with mom Doria Ragland — who was famously the only member of her daughter’s family to attend the royal couple’s wedding earlier this year.

“Doria is so delighted about the news of her first grandchild,” the source continued. “Doria has been helping Meghan through this time in her life immensely. Meghan really looks to Doria for all advice in anything she does.”

As Nicki Swift previously reported, Meghan Markle, 37, and Prince Harry, 34, publicly revealed they were expecting their first child together via Kensington Palace’s official Twitter account. “Their Royal Highnesses The Duke and Duchess of Sussex are very pleased to announce that The Duchess of Sussex is expecting a baby in the Spring of 2019,” the palace tweeted, while adding, “Their Royal Highnesses have appreciated all of the support they have received from people around the world since their wedding in May and are delighted to be able to share this happy news with the public.”

The royal couple, who tied the knot at St. George’s Chapel at Windsor Castle on May 19, 2018, reportedly shared the happy news with the royal family at Princess Eugenie and Jack Brooksbank’s wedding late last week. The star-studded affair was held in the same location on Friday, Oct. 12.

At the time of this writing, Thomas Markle himself has yet to publicly comment on the former Suits actress’ pregnancy. However, we’re not exactly surprised by reports that his daughter, who’s reportedly 12 weeks along in her pregnancy, opted to not share the news with him personally prior to the official baby announcement.

As fans of the royal family may already know, Meghan Markle’s strained relationship with her dad and half-sister, Samantha Markle, has been dominating headlines since before her marriage to Prince Harry. For his part, Thomas infamously sparked a media frenzy over staged paparazzi photos just days before the royal wedding. The 74-year-old was later unable to attend the ceremony after undergoing heart surgery. Since then, the Markles’ ongoing family drama has unfortunately continued to play out on a public scale, with Thomas speaking out against the royal family in the press.

Congratulations again to Meghan Markle and Prince Harry on their baby news!