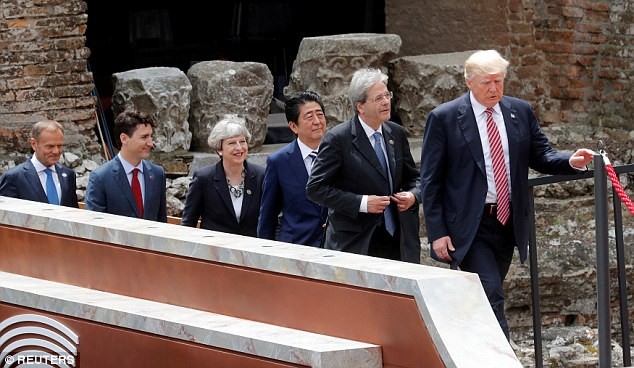 Theresa May attacked highly paid U.K. executives as the “unacceptable face of capitalism” in an article she wrote for the Mail on Sunday as part of her crackdown on corporate governance.

“A minority of firms are falling short of the high standards we expect of them. Some have deliberately broken rules that are designed to protect their workers,” the U.K. prime minister wrote in the newspaper. “Others have ignored the concerns of their shareholders by awarding pay rises to bosses that far outstrip the company’s performance.”

The names of firms that have faced shareholder protests about salaries will be published on a new register by the end of the year, she wrote. Other measures will be announced this week. Excess risks undermining public confidence and “damaging the social fabric” of the nation, May wrote.

While the prime minister came to power last year promising to rewrite the rules of capitalism, her plans have been scaled back after she lost her parliamentary majority in the June general election she called. Workers’ voices should be “properly heard” in the boardroom, May wrote, a step back from an earlier pledge to ensure employees are represented on boards.

“This is not the end of the road,” May wrote. “We will monitor closely how business reacts to these measures, and the others that we will announce later this week. If we do not see sufficient progress, we reserve the right to take further steps.”