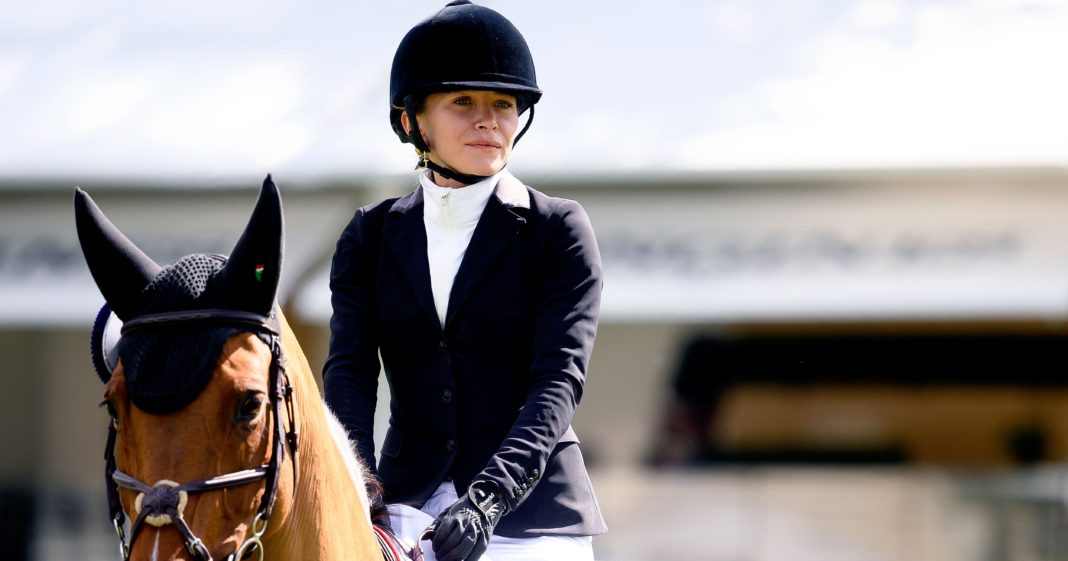 Mary-Kate Olsen was spotted engaging in some PDA with her husband, Olivier Sarkozy, at an equestrian event in Madrid, Spain, on Saturday, May 18.

The Full House alum, 32, wore white jodhpurs, a white shirt and a black cropped jacket as she competed at the Madrid-Longines Champions at the International Global Champions Tour at the Club de Campo Villa.

According to the New York Post’s Page Six, she rode her horses Fatum and Naomi in the international showjumping competition and ended up placing sixth in her class with Naomi. She was disqualified during her run with Fatum due to an “error of course.”

The former child star has been riding horses since the age of 6. “ [Riding] allows me to practice being accepting, patient, disciplined, compassionate, competitive, and all of those other emotions that are very important to have in your everyday life,” she said in her profile on the HITS horse shows website. “Horses teach you a lot about yourself.”

Her French banker husband, 49, whose half-brother is Nicolas Sarkozy, the former president of France, was on the sidelines to watch The Row designer compete.

The couple dated for three years before tying the knot in November 2015 in a low-key ceremony in Manhattan.

Olsen spoke about balancing her career with her home life in an interview with Net-A-Porter’s The Edit in 2017.

“I think we’re lucky,” she said of designing for her Elizabeth and James line with twin sister Ashley Olsen. “[Working hard] comes quite naturally for us. We don’t need so much time to sit and think and ponder. But then I have a husband, two step-kids and a life; I have to go home and cook dinner. I ride horses on the weekends. You find the thing that helps you relax and if you don’t have it, look for it. Or you get burned out and then you’re not productive.”

Scroll down to see pics of Olsen and her husband.