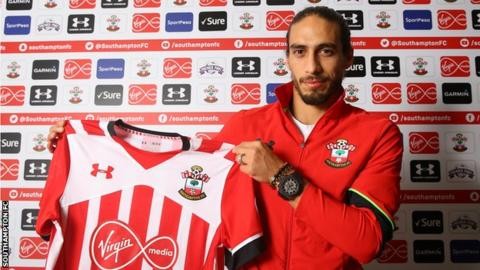 Southampton have signed former Juventus and Barcelona defender Martin Caceres until the end of the season.

The free agent, who has 68 caps for Uruguay, left Serie A giants Juventus in the summer.

“I am very happy to have signed for what is an important club in English football,” said the 29-year-old, who has not played a game for over a year.

“Of all of the options that I had, I think that the best option for me was to come to Southampton.”

Caceres also played for Spanish clubs Barcelona and Sevilla, winning La Liga and the Champions League during his time at the Nou Camp.

He made 77 appearances for Italian champions Juve across three spells, winning the Serie A title four times.

However, he has not made a competitive appearance since last February after suffering a ruptured Achilles tendon.

He will provide cover for Southampton centre-back Virgil van Dijk, who was ruled out for up to three months with an ankle injury.