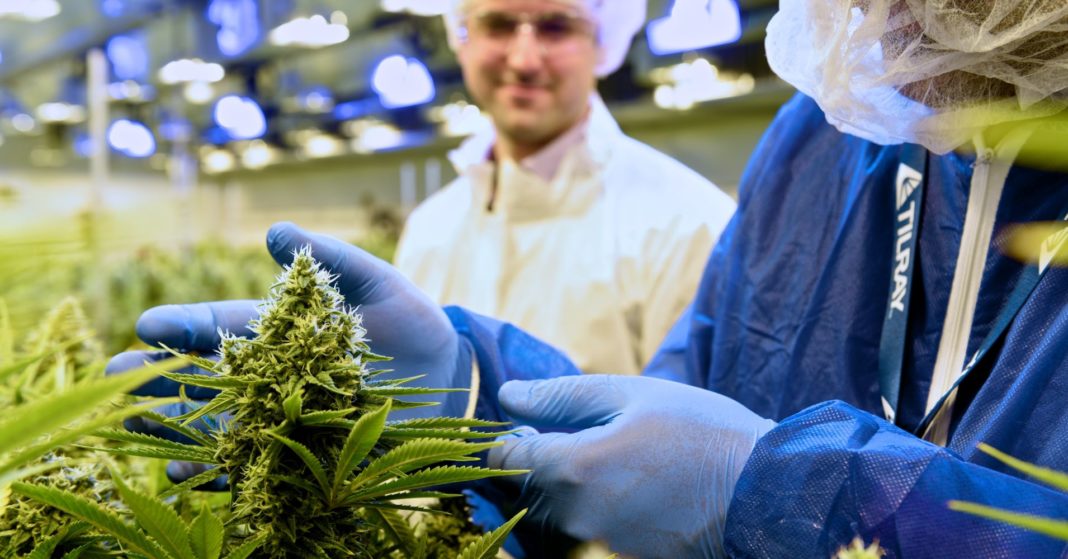 The owner of Nine West shoes and Juicy Couture makeup has signed a deal with Canadian marijuana company Tilray looking at developing cannabis-infused foot creams, cosmetics and other consumer products.

Authentic Brands Group agreed to pay Tilray $100 million and up to $250 million in cash and stock, depending on the success of the venture, to help the retailer create and distribute consumer cannabis products as its preferred supplier, the companies announced Tuesday.

The deal also gives Tilray access to a wide consumer base and massive global distribution network.

“They own over 50 iconic brands they have the products in over 100,000 points of sale, over 4,500 free standing and shop and shops around the world,” Tilray CEO Brendan Kennedy said Tuesday in an interview on CNBC’s “Squawk Box.” “If you can imagine a Nine West foot cream where we put samples in over a million pairs of shoes that are sold by them every year, it introduces new consumers to cannabis based products, CBD primarily.”

The two companies will immediately focus on launching cannabis products in Canada and CBD in the U.S. The deal gives Tilray a guaranteed minimum payment of up to $10 million annually for a decade and the right to receive up to 49 percent of the net revenue generated from the new cannabis products.

The deal illustrates how quickly CBD, short for cannabidiol, is going mainstream. President Donald Trump signed the farm bill last month that legalized hemp-based CBD, a move widely thought to fuel an already growing industry. CBD is a non-psychoactive compound found in the cannabis plant that has become popular among consumers for its perceived health benefits.

Kennedy said the passage of the farm bill has prompted them to “move quickly to get products into the market.”

Some possibilities include cannabis-based foot cream at Nine West, a CBD cream for tennis elbow or Juicy Couture creating a line of beauty and cosmetics products infused with CBD, Kennedy said.

“We see extraordinary potential for cannabis in the fast-growing health and wellness category – particularly for CBD products in the United States and around the world – and are excited about this long-term partnership,” Authentic Brands Executive Vice Chairman Daniel Dienst said in a statement.