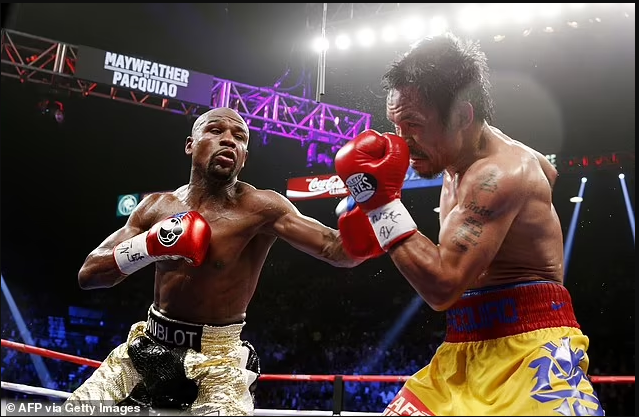 Boxing legend, Manny Pacquiao’s manager Sean Gibbons has revealed he ‘would love a rematch with Floyd Mayweather this year.

Pacquiao and Mayweather faced each other at the MGM Grand in Las Vegas in 2015. But the American won that fight by unanimous decision with fans left frustrated that no rematch took place for Pacquiao to have his revenge.

However, the Filipino boxer/politician is keen to get back in the ring with Mayweather,  provided any contest is held with exhibition fight rules.

‘[I] would love to see it but Mayweather wants none of this smoke due to his ego. Senator Pacquiao would love an exhibition, if he was to return it would be this year – but that is a big “if”.’

Mayweather made the decision to retire from professional boxing in 2017, having beaten Conor McGregor in a lucrative crossover bout with the UFC star. He has since made several appearances in the ring for exhibition fights.