Machine Gun Kelly on Pal Pete’s Romance With Kate: ‘I Love That S–t’ 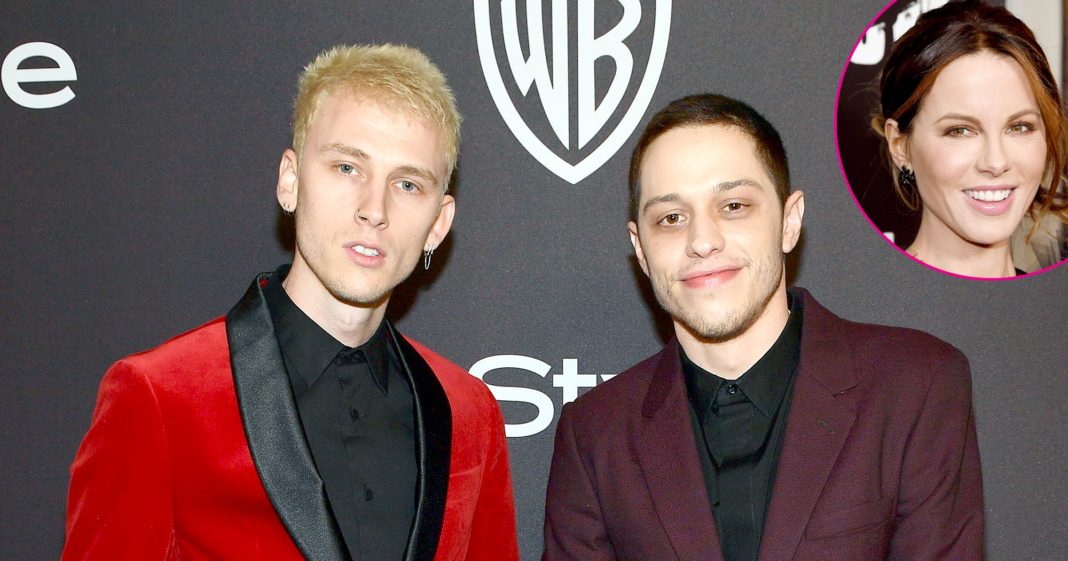 Kelly noticed the chemistry between the Saturday Night Live star, 25, and the Widow actress, 45, right away. “Yeah, I had to figure it out. It took me, like, 15 seconds,” he quipped. “She’s rad.”

The “Bad Things” crooner, who costars in Big Time Adolescence and The Dirt with Davidson, was present when Beckinsale made her move on the comedian at a series of Golden Globes afterparties in January. “She was following him around a bit and waiting for him,” a source told Us Weekly at the time. “People approached her and she didn’t want to talk to anyone else. … It definitely seemed like Kate was interested in him.”

The twosome took their PDA public on Sunday, March 3, locking lips at a New York Rangers game. One day prior, they were seen holding hands as they attended a Saturday Night Live afterparty.

“Pete only has eyes for Kate. She’s cool and fun. It’s long distance, but they’re taking it slow,” an insider told Us in February. “She makes him laugh. He thinks she’s great and really smart. They have an incredible physical connection.”

Beckinsale is equally attracted to her beau. “Kate is so into Pete and has been telling all her friends about him,” another source added. “They have great chemistry, and she loves hanging out with him whenever they get the chance to. She has such a fun, young, loving personality and is happy with him.”

Meanwhile, the Serendipity star’s ex-boyfriend Matt Rife warned Davidson to “run” and “be careful” when asked if he had any advice for the Set It Up star. “Enjoy it while you can. I hope they’re both happy,” the 23-year-old told TMZ on Monday, March 4. “I hope that it can build to where it’s an established, good relationship. … We dated for a year. … It was complicated. For sure. A lot of ups and downs. But she’s moved on.”