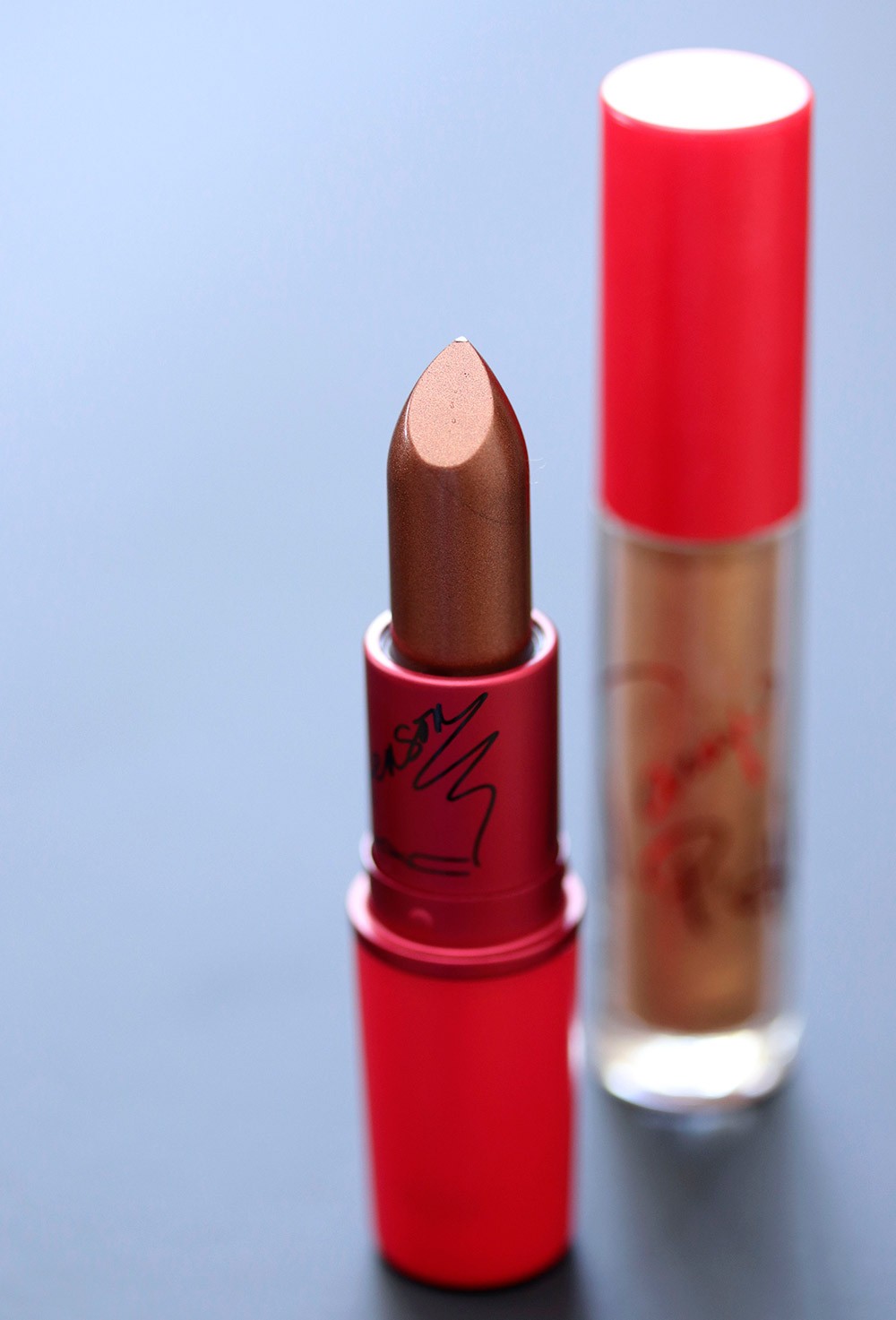 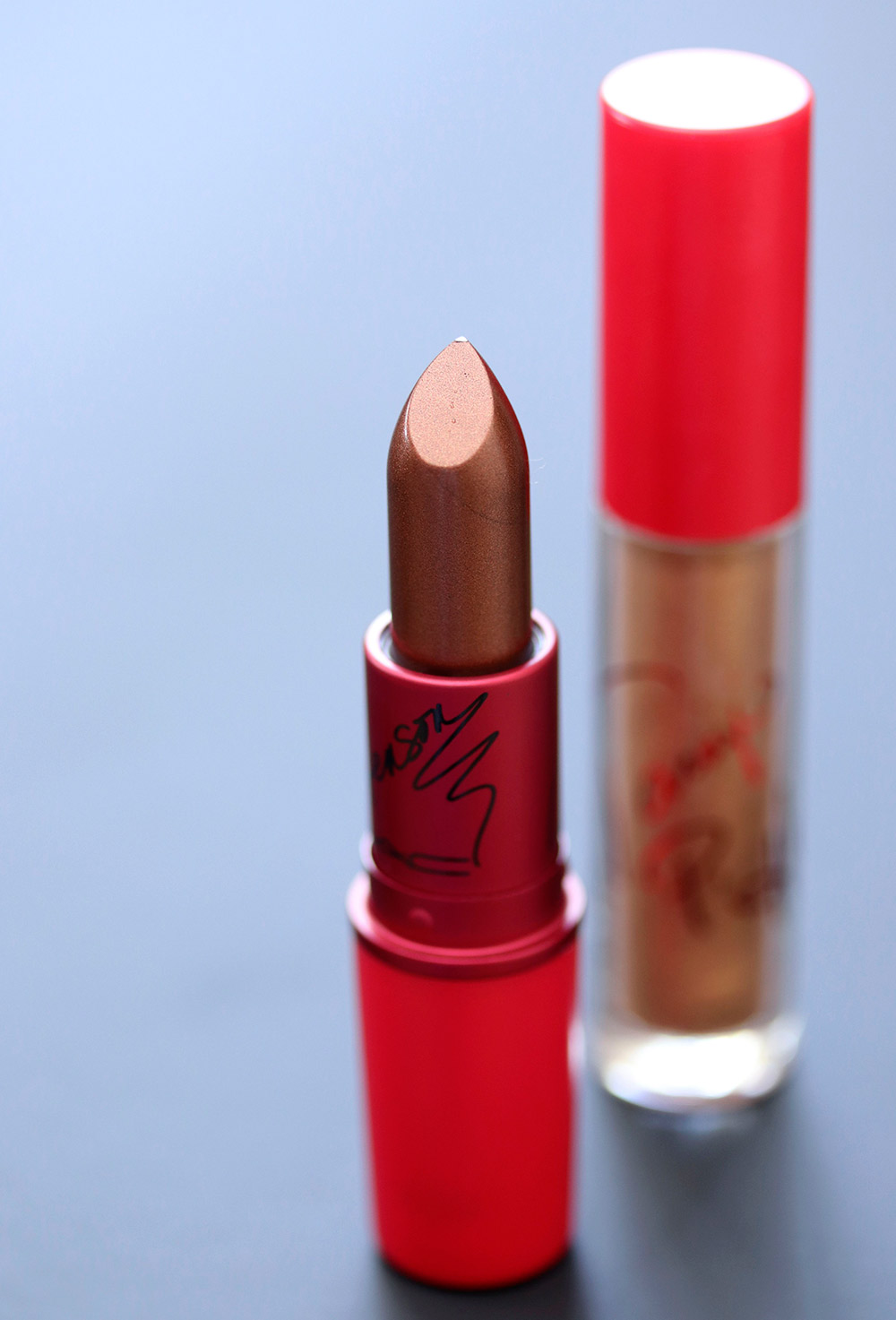 I read somewhere that it took Taraji P. Henson of Empire and Hidden Figures — who’s back, by the way, with a second MAC Viva Glam — a long time to get her big break as an actress.

That’s cool. She never gave up. She persisted, and she got there.

It gives me hope! Like, I still wanna write a young adult novel, and I’m no spring chicken (I’m 42). But it’s never too late, right? 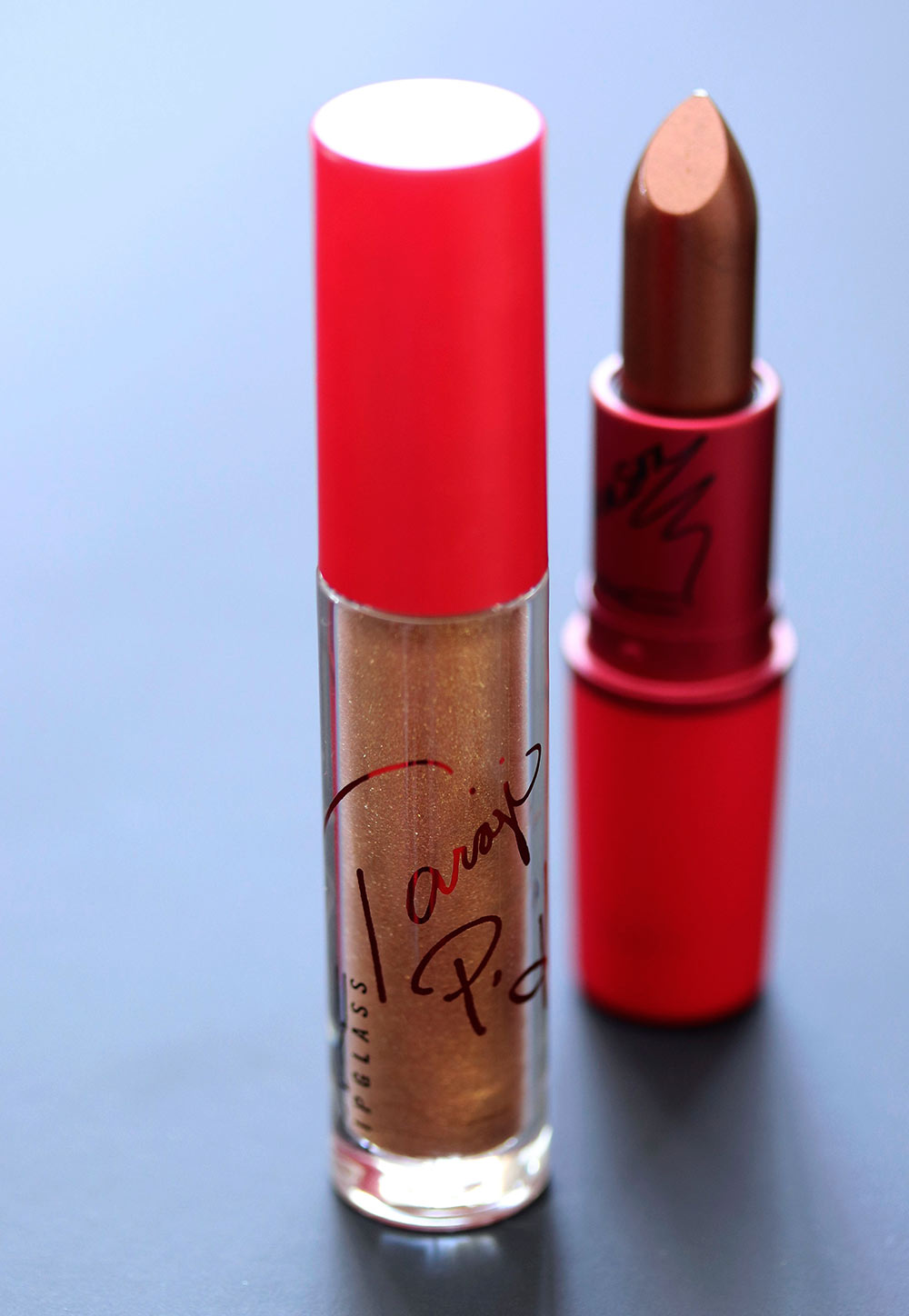 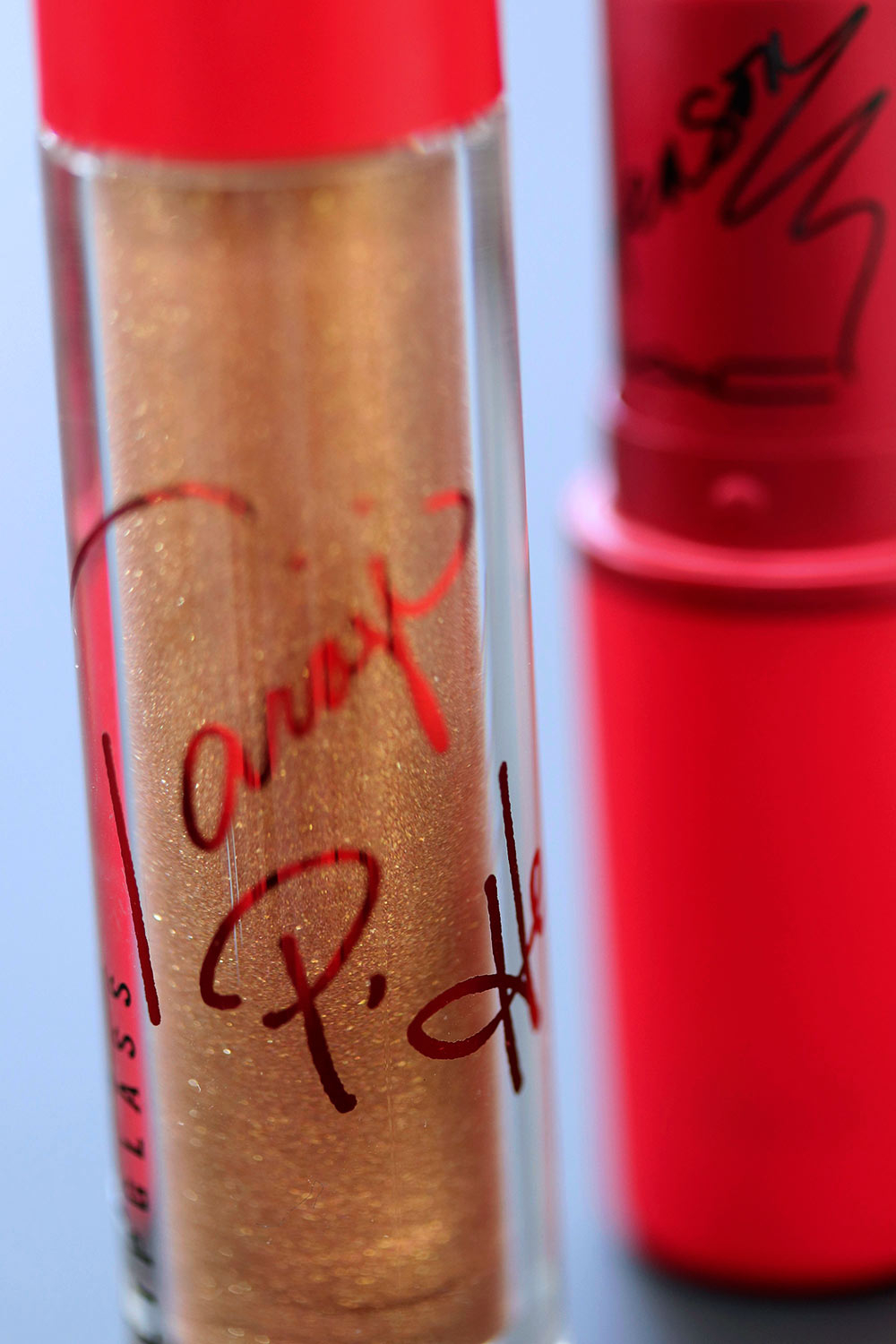 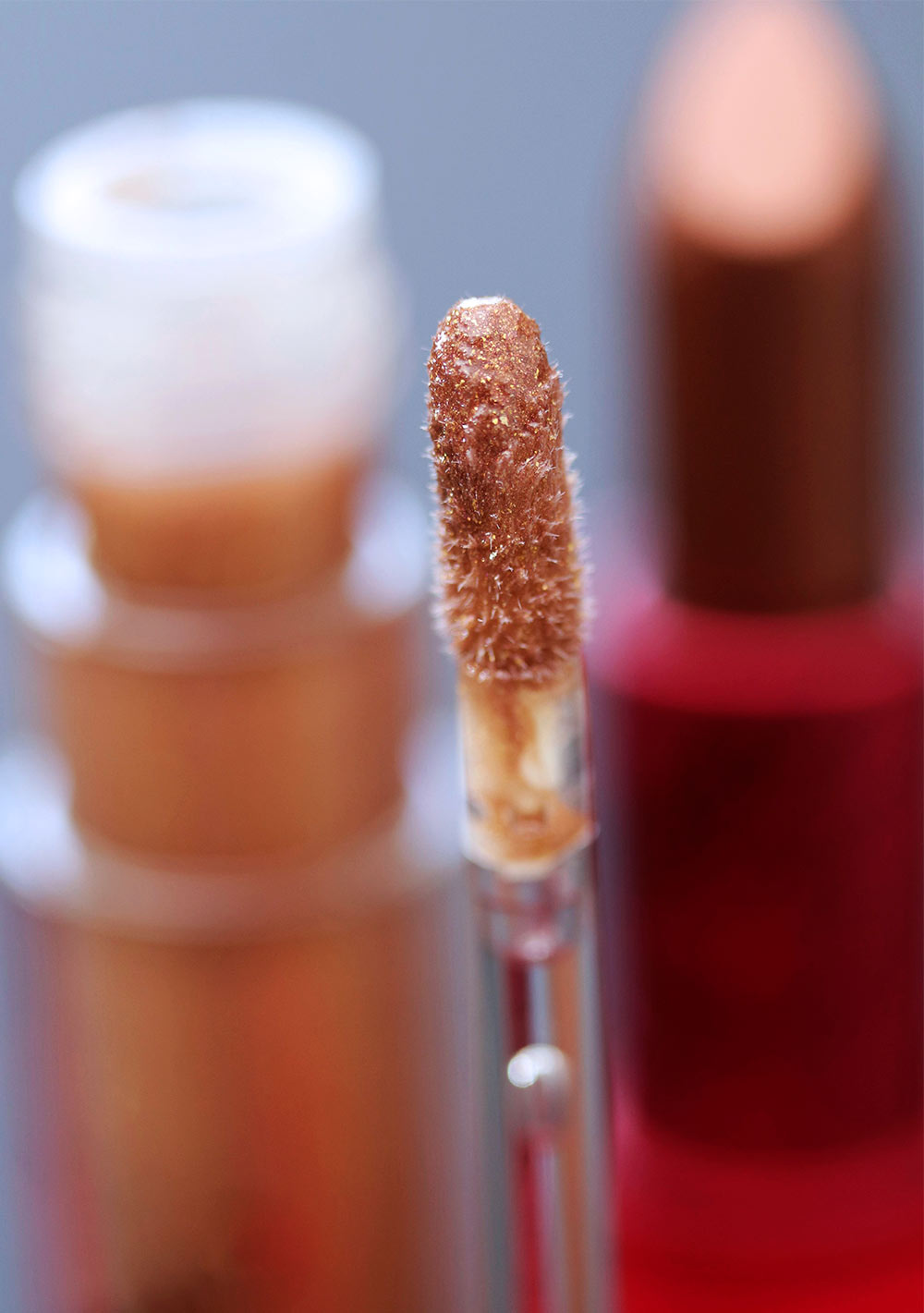 Love me some tiny glitter… 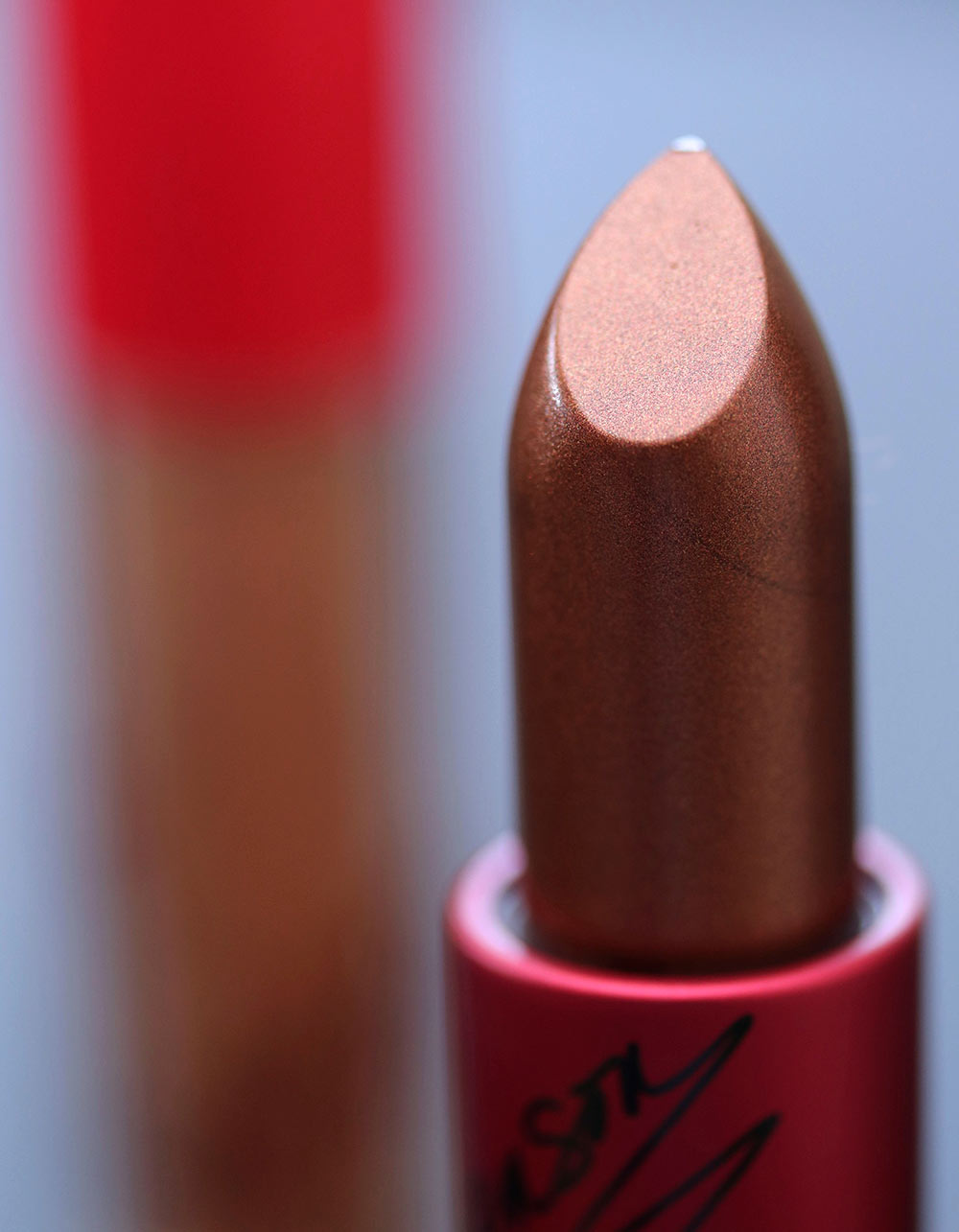 A closeup of Taraji’s lipstick

Both of these new ones are metallic coppery browns with glinting golden pearl. Very cozy, very autumnal and very metallic, and metallics are having a moment, as you know.

Can’t you just see these with khaki and gold on your lids? Something like Tom Ford’s Burnished Copper with MAC Old Gold Pigment would look amazing.

I think they would also go well with the Mineralize Skinifinishes from Tariji’s collection collab with MAC.

The lipstick has a Frost finish, and the formula feels heavier than a lightweight MAC Glaze, but lighter than a MAC Matte. So, it’s somewhere in the middle. As for shine, it’s like the facets on a brilliant cut diamond, so you’ll see lots of it. 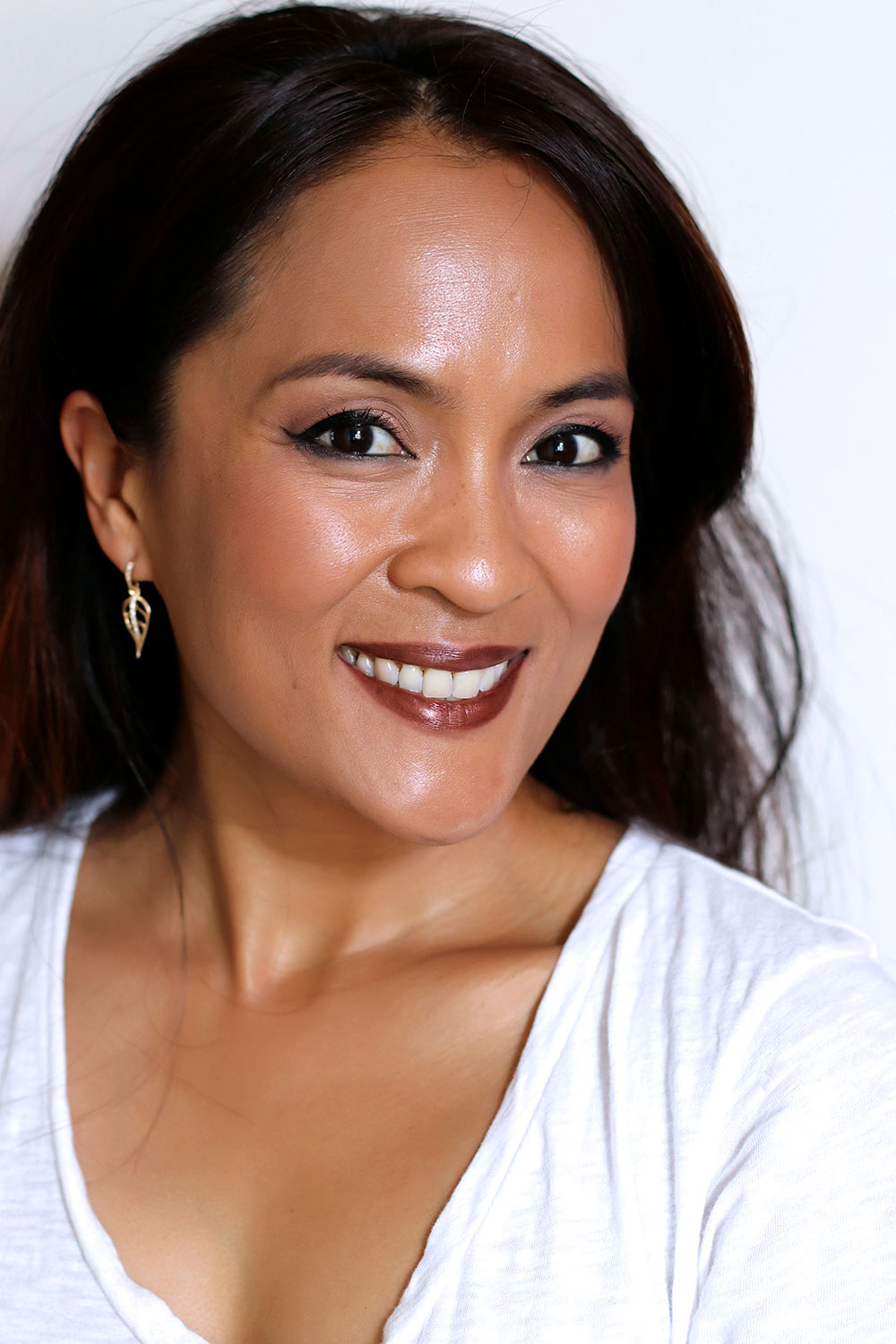 A little more dramatic than what I usually wear to Tar-ghay, but striking nonetheless. I’ve got Taraji P. Henson 2 Lipstick on my lips!

The Lipglass feels thick and weighty, but not sticky, on my lips. Both the gloss and lipstick are pretty comfortable, too, whether I wear them together or apart, but I would start with a layer of a moisturizing balm first, because MAC Frost lipsticks, and this one’s no exception, tend to dry out ye olde thirsty lips. 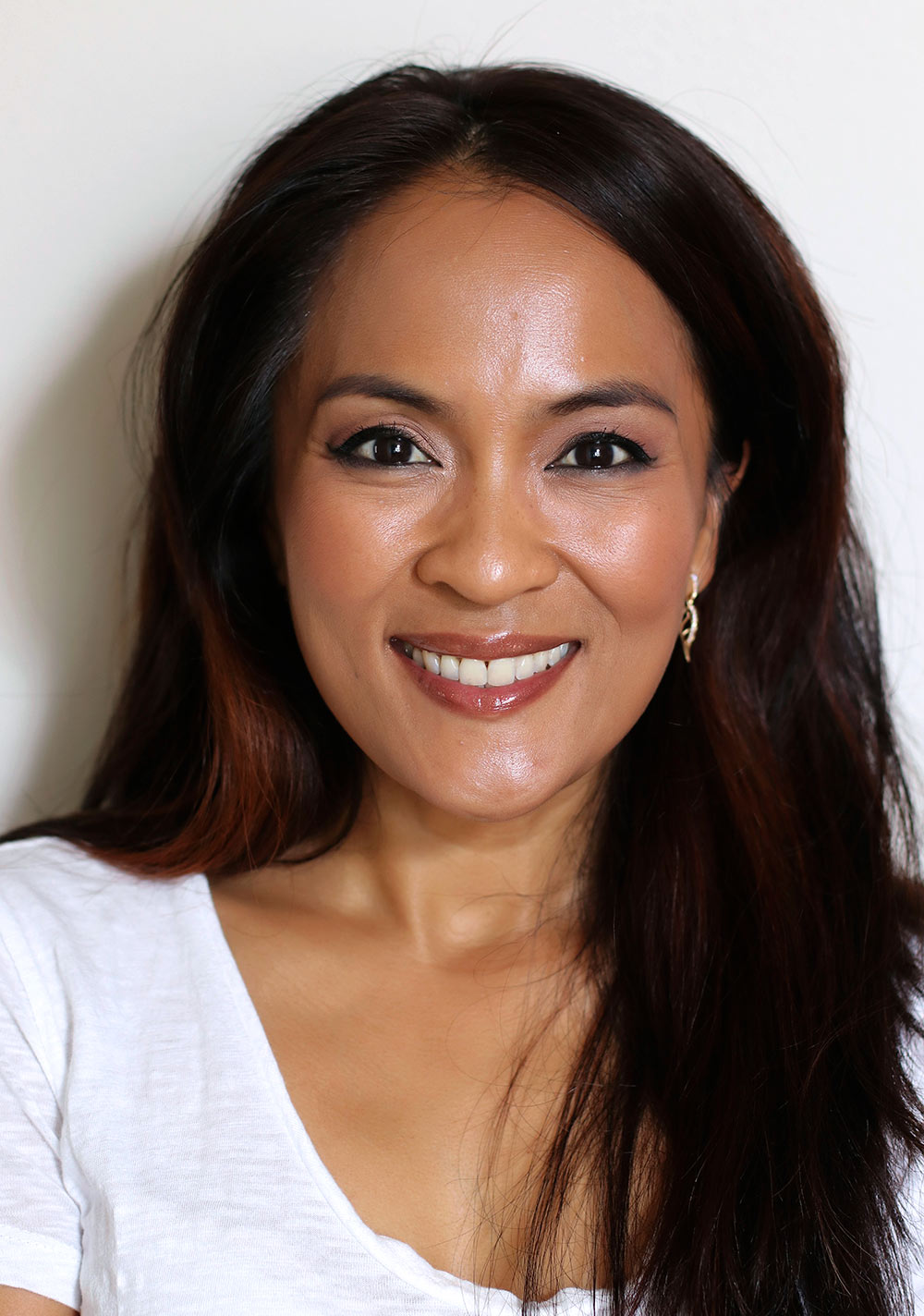 MAC Viva Glam over the years…

I think the lipstick, also, would look really striking on pale princesses AND darker divas, because it’s dramatic and deep, but it’s probably more of a once-in-a-blue-moon color for me… I like how it looks in pics, but I can’t see myself wearing it as often as, say, neutral pink Viva Glam V. 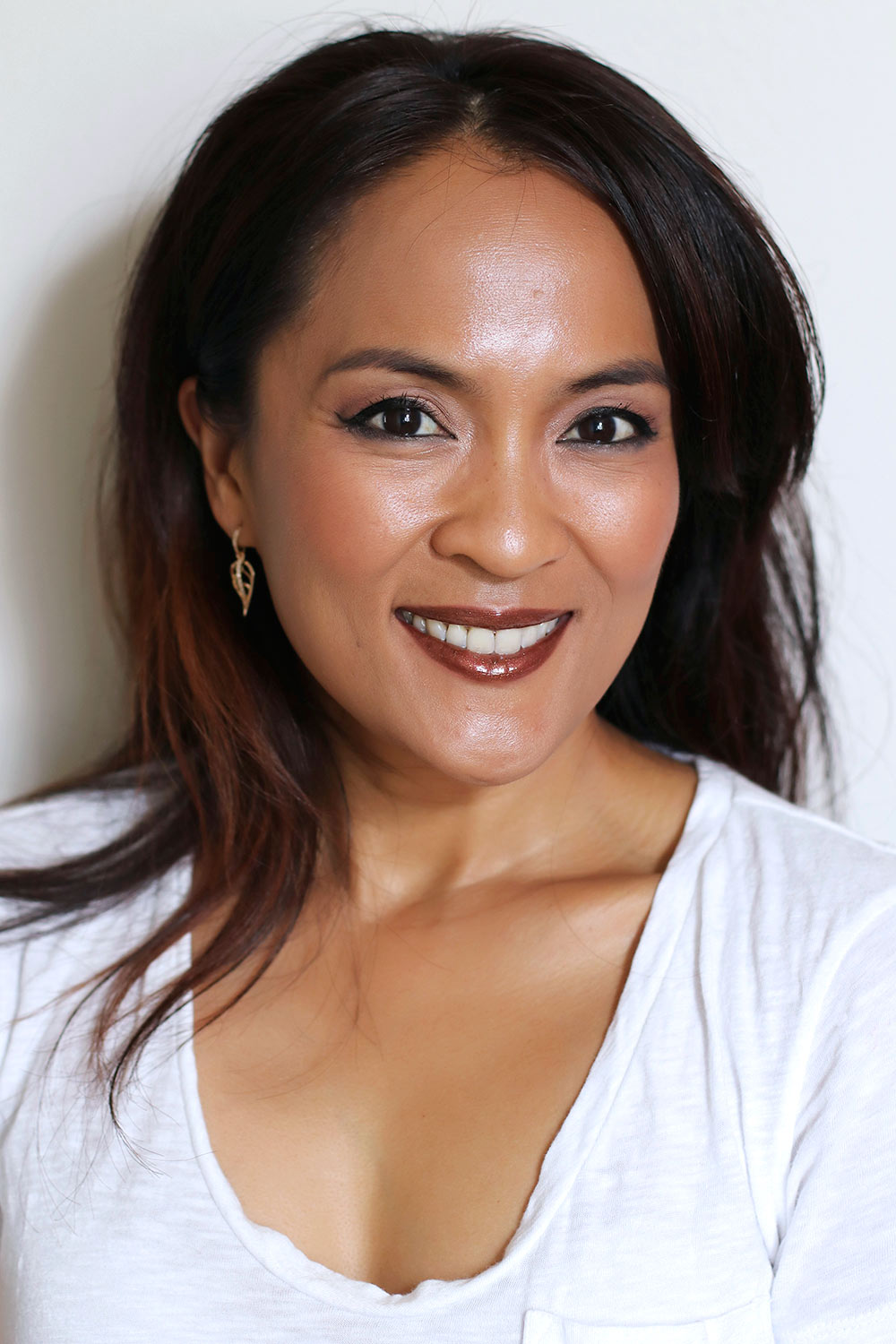 The Lipglass is much more wearable, I think. It looks more intense in the tube. If you like MAC Oh Baby Lipglass, I think you’ll probably like this as well.

Of course, another reason to like Viva Glam is the charity, which has been going strong for 23 years now. It’s actually one of the reasons I fell in love with the brand in the first place. All the proceeds from Viva Glam sales go to the MAC Aids Fund.

Oh, my gosh. I knew this day would come. I just didn’t think it would come so soon! The Coywolf has started saying the word, “No.”

I don’t think she really understands it, though.

When I told this to El Hub the other day, here’s how it went:

ME: The baby says “no” a lot, but I don’t think she understands what it means yet.
EL HUB: Like mommy like baby.
ME: What do you mean?
EL HUB: Her mom doesn’t understand no, either, haha!

The man has jokes. ?

Anyway, it’s cute when she does it now, because she says it in a singsong voice over and over again, like “No, no, no, no, no!” but it’s only a matter of time before she’s using it in real protest. 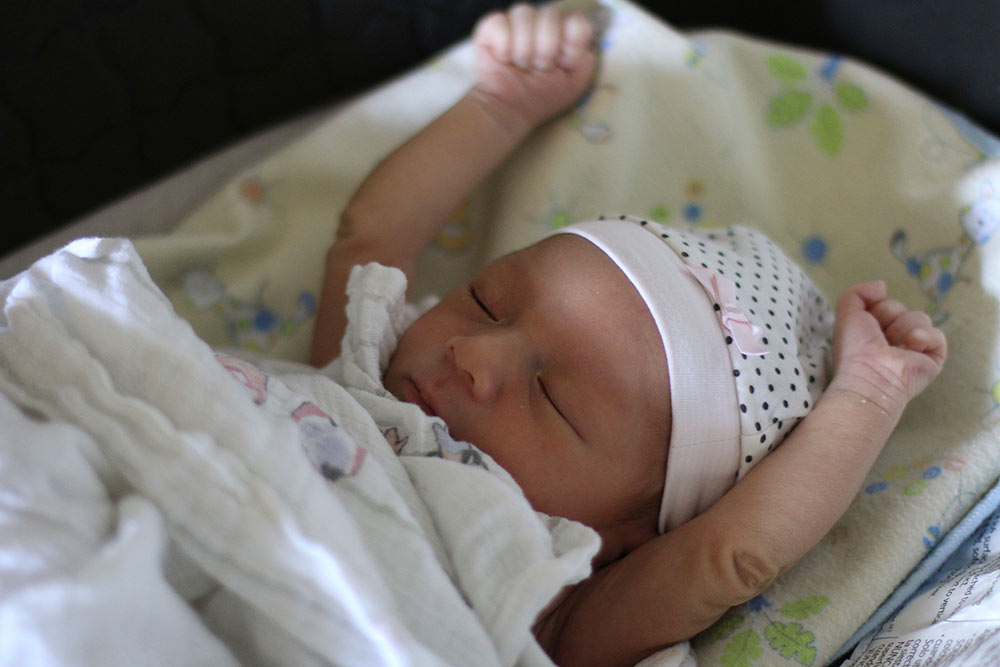 P.S. Ready for more reading? I GOT YOU, GIRL!

One year ago on Makeup and Beauty Blog: Paul & Joe Makeup Collection “A”, My 3 Favorite Lippies Right Now

Nine years ago: All Aboard the Cherry Train with Laura Mercier Cherries Noir, How Would You Describe Your Signature Makeup Look?

10 years ago: Makeupandbeautyblog.com Goes Behind the Scenes with MAC Cosmetics for the Opening Night of San Francisco Fashion Week, August 23, 2007