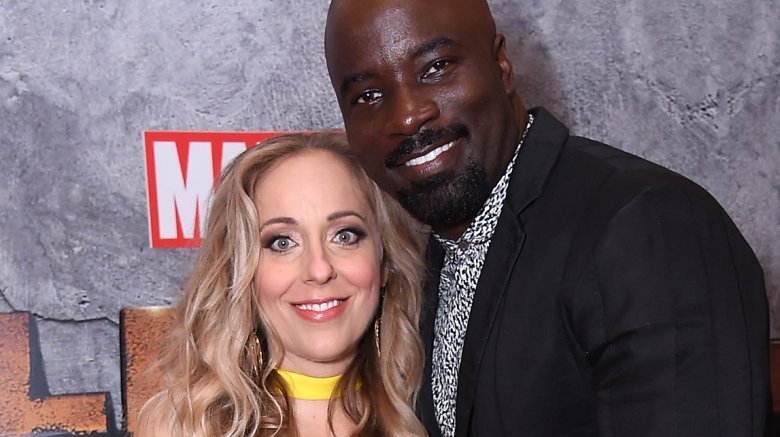 On Sunday, Oct. 21, 2018, the Marvel star took to Instagram to announce that the proud parents have welcomed their second child together, a baby girl.

“As one door closes, another has opened, with the birth of my second daughter,” the actor wrote to his 180,000 followers, captioning a sweet snapshot of the new dad-daughter duo. “Born this week.”

The Colters’ exciting baby news comes on the heels of Netflix’s decision to cancel Luke Cage following a two-season run. “Luke Cage represented something more than just entertainment,” Mike Colter had begun the same Instagram post, while publicly addressing the unfortunate news for the first time. “@MarvelsLukeCage added to our social commentary and made viewers think by challenging the norm and putting out a character that reflected the everyday hero, one with flaws, strengths and everything in between.”

The Netflix star continued, “I am forever grateful to Marvel and Netflix for letting me portray such a prolific character, and thank the amazing fans.” After announcing his daughter’s birth, he added, “A lot of great memories. Time to make more. Always forward, forward always.”

As Nicki Swift previously reported, Mike, 42, and Iva, 43, first revealed that they were expecting baby no. 2 in June 2018. “We are feeling happy but a bit nervous as well,” the happy couple, who are also mom and dad to 3-year-old daughter Naiella, released in a statement to People at the time. “It’s a new member of the family. While it will shift focus for us again, our daughter Niles will probably be affected the most, so we are making sure she feels comfortable and excited with the change to our growing family.”

At the time of this writing, additional details about the married pair’s newborn daughter, including her date of birth and name, have yet to be revealed.

A number of other celebs have shared exciting baby announcements of their own in recent weeks — including Greek alums Amber Stevens West and Andrew J. West. The married couple welcomed their first child together, daughter Ava Laverne, on Sunday, Oct. 7. Meanwhile, the Duke and Duchess of Sussex, Prince Harry and Meghan Markle, announced that they are expecting the arrival of their first child in the spring of 2019.

Congratulations to Mike and Iva Colter on their baby news!