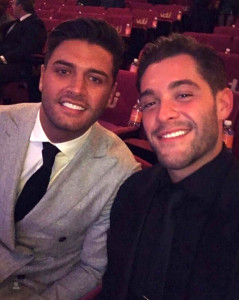 The reality TV world is mourning Mike Thalassitis, the Love Island star who was found dead in Essex, England, on Friday, March 15, his manager confirmed to BBC. He was 26. Thalassitis’ team did not immediately respond to Us Weekly‘s request for comment.

While his cause of death has not been confirmed, officers received reports of “a man found hanged” who was pronounced dead at the scene, police spokeswoman Chioma Dijeh told USA TODAY. “At this early stage, the death is not being treated as suspicious,” Dijeh said.

Love Island’s official Twitter page tweeted a message on Sunday, March 17, confirming the news. “Everyone at ITV2 and Love Island are shocked and saddened by the terrible news about Mike. Our thoughts and condolences are with his family and friends,” the series page posted.

The semi-professional soccer player appeared on season 3 of Love Island in 2017 and later was cast on Celebs Go Dating. 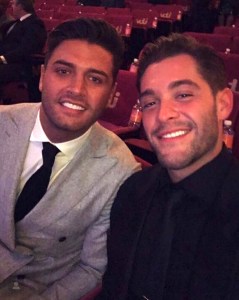 After the news broke, multiple Love Island stars took to social media to remember their friend. Jonny Mitchell shared a photo of himself with Thalassitis, writing a touching caption.

“I genuinely can’t believe what I’m seeing here. My boy from the villa and one of my best mates from the show coming out. An absolute hero and a legend and someone I looked up to since I met him, always full of so much positivity and charisma,” Mitchell, who was on Thalassitis’ season of Love Island, wrote. “One of the best people I’ve ever known taken from us far too soon, I’m heartbroken and can’t put into words how much I’m gonna miss you bro! My heart goes out to his family. Rest in peace, Magic Mike.”

Another costar, Montana Brown, shared a long tribute to her former costar, sharing tow photos and a video of them. “Firstly, I’m so angry at you for doing this because you are so loved by so many people and I just wish you picked up the phone so we could’ve sorted this out. This didn’t need to happen,” she wrote at one part of the caption. “I just don’t know how I didn’t notice… I am absolutely heart broken that I couldn’t help you. … I can’t imagine how much pain you must have been in to do this, and the fact that you went through this on your own breaks my heart. I’m so so sorry I couldn’t do more to help you. I have so much love for you Mike and I will never forget you. Sleep tight darling and I miss you so much already.”

Love Island host Caroline Flack also shared a photo of the star on Instagram, writing, “Mike… you were a total gentleman… I won’t forget that … it’s so so sad …you will be missed. RIP.”

Additionally, Stevenage FC, the English football league that Thalassitis played for, mourned him on Twitter. “Everybody at #StevenageFC is shocked & saddened to hear the tragic news about former player Michael Thalassitis,” the account posted on Saturday, March 16. “Our sincerest condolences go to his family & friends.”

Joel Byrom, who played with him, retweeted the message and added, “Shocked and gutted to hear about this. Such a top lad coming through at Stevenage. RIP Thala.”

Scroll down for more reactions.

I’m lost for words. My heart breaks for your family ❤️ RIP @MikeThalassitis

?? I cant get my head round this RIP brother ❤️ mike thalassitis

His name wasn’t Muggy Mike. Please stop brandishing that. His name was Mike Thalassitis, and every inch of my heart goes out to his family & friends. A good guy, taken far, far to soon. ?

If you or someone you know is contemplating suicide, call the National Suicide Prevention Lifeline at 1-800-273-8255