‘I love Donald Trump for being frank with Africans’ – Ugandan President, Yoweri Museveni 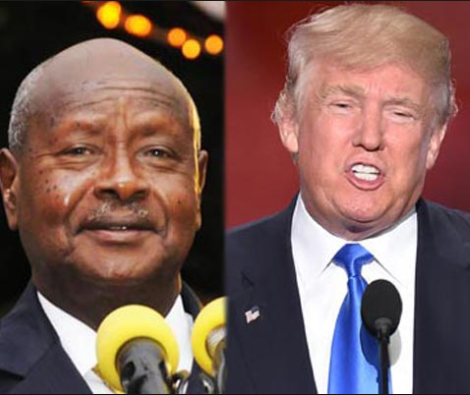 ‘I love Donald Trump for being frank with Africans’ – Ugandan President, Yoweri Museveni

Ugandan president says he loves President Donald Trump and that he should be praised for not mincing words. .

“I love Trump because he tells Africans frankly,” President Yoweri Museveni said Tuesday, shortly after the US ambassador reportedly apologized for Trump‘s recent reference to African nations as “shithole countries.” .

“I don’t know whether he was misquoted or whatever. But he talks to Africans frankly,” Museveni said. “In the world, you cannot survive if you are weak.” .

The Ugandan leader was addressing members of the regional East African Legislative Assembly.