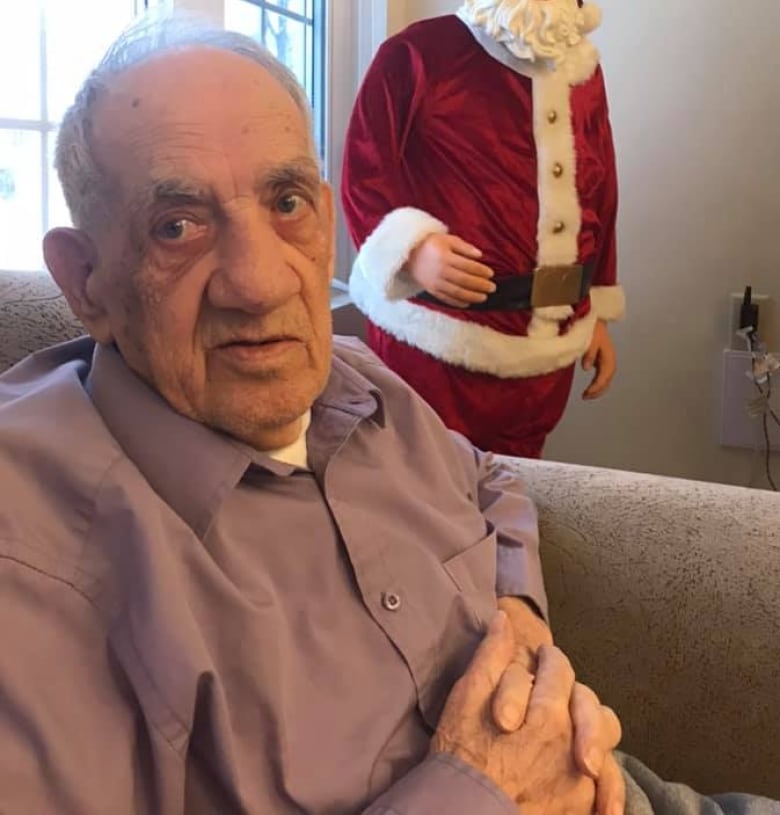 A resident of a long-term care home in northern New Brunswick who tested positive for COVID-19 has died of the virus, according to family.

Daniel Ouellette was a resident at the Manoir de la Vallée in Atholville. He died at 5:10 a.m. Thursday, his son Michel has told Radio-Canada. He was 84.

It marks the first COVID-19-related death in New Brunswick.

“In these difficult times it is with a very very heavy heart that I announce the passing of our father Daniel (Ti-Dan) Ouellette,” said Michel Ouellette in a social media post. “He will be missed greatly by all of us.”

Provincial spokesperson Bruce Macfarlane said he can confirm that there has been “a COVID-19 related death in our province,” and said both Premier Blaine Higgs and Dr. Jennifer Russell, chief medical officer of health, will make further comments at a press conference later today.

In an interview with Radio-Canada, Michel Ouellette said his father’s condition deteriorated quickly.

He said on Friday the care home asked if they could check on his father, as they were testing people in the home. He said yes, and by Sunday, he got a call from a doctor saying his father was being taken to hospital by ambulance, that he was unconscious and COVID-19 positive.

He said his father was having breathing problems and was on oxygen.

Then complication started in his lung, he said. First one and then the other the next day. He said he was stable for a day, but then his fever spiked overnight.

“It was hard on him. He never came back,” he said in French. “He died of that. It’s COVID that took him.

“He couldn’t beat it. He tried, but it’s a difficult disease.”

Ouellette was one of the 15 active cases in the province. Among them were five residents of the facility and three employees.

New Brunswick had a stretch of more than two weeks with no documented cases of COVID-19, allowing officials to ease some restrictions.

But two weeks ago officials detected one new case in a child in Campbellton, which was followed by two more, then spread to the memory unit of the long-term care facility.

Officials have linked the outbreak to a medical professional travelling to Quebec and returning to work without self-isolating, but it has yet to be explained how the individual is solely responsible for the outbreak.

Not being there for the final moments

Ouellette said the family wasn’t able to step foot inside the hospital when their father was there. He said his father had Alzheimer’s, but he could recognize his family and was otherwise healthy.

“it’s very hard on the family … That we couldn’t go see him say by comfort him hold his hand,” he said. “I wouldn’t wish this on anyone.”

He said his father received good care and the hospital communicated with the family well.

Ouellette said what happens to his father highlights how important it is to be more careful, especially in care homes. One of the infected employees at the care home was contagious during three work days. Ouellette said that gives him pause.

“I just wish he’s the last person to die from that thing,” he said of his father.

He said people will remember how good his father was and his great sense of humour.