Lol! Watch female police officer’s reaction after a man accused of violating traffic decided to take her on a free ride in Abuja (Full video) 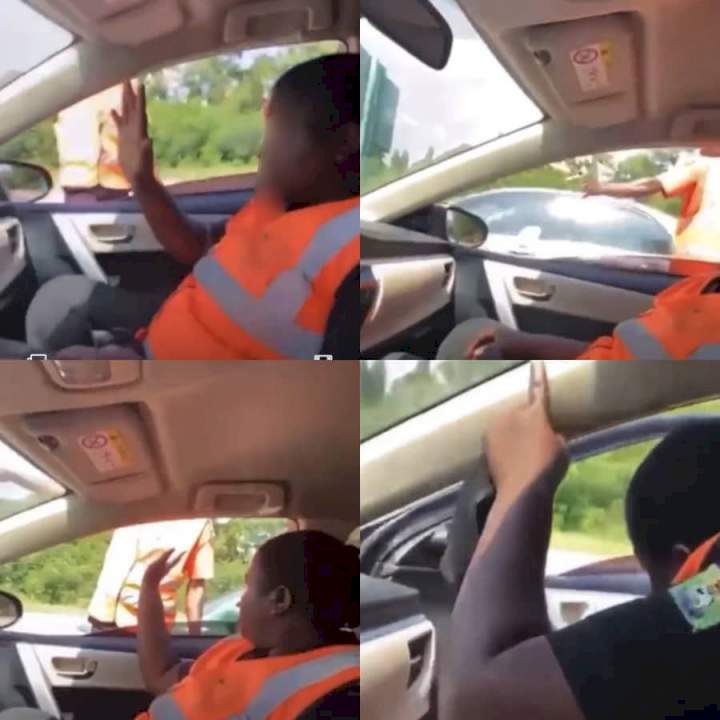 A video showing the hilarious reaction of a female police officer after a man, accused of committing a traffic offense, decided to take her on a ride in Abuja has gone viral.

Also Read: shiba inu coin what is it and how to invest

The man was stopped by the female officer and her male colleague after they allegedly caught him committing a traffic offense. Immediately he stopped, she jumped into his car and asked him to drive forward a bit and park. Instead of doing as she ordered, the man informed her that he wasn’t parking and that in fact, she should follow him to his office which is at the National Assembly.

Also Read: Why COVID-19 hospitalizations of Canadian kids — and infants — could keep rising as Omicron spreads

Stunned by his reply, the female officer responded