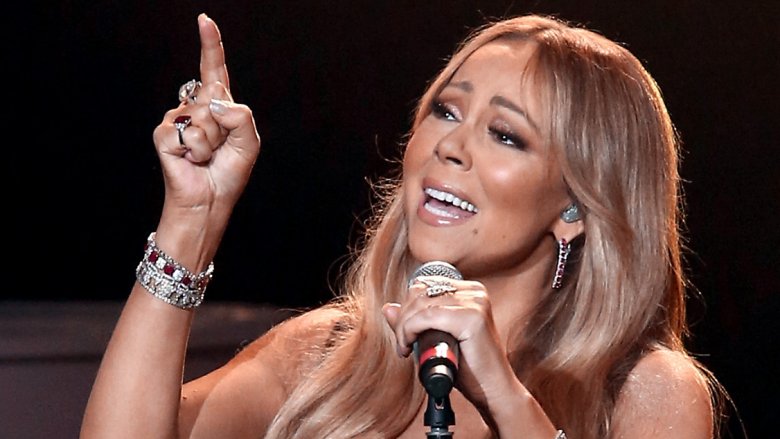 Mariah Carey doesn’t do casual Fridays. Since she blew up in the early ’90s, Carey has rarely performed in public in an outfit that isn’t some combination of short, extremely tight, and low-cut. (Also, shiny: Mimi loves metallic fabrics, and the more rhinestones, the better.) Come on, she’s a diva, and divas dress to impress.

In May 2013, this diva dropped by Good Morning America to perform some songs live in front of a huge crowd amassed in New York’s Central Park, but before she could even get down to the task at hand, one of Carey’s signature barely-there gowns — a strapless Versace number — couldn’t hold itself together. “The back of my dress just popped!” Carey said from the stage, holding up the dress by the front to prevent any not-suitable-for-daytime-TV body parts from making an appearance. One of Carey’s many attendants rush in for some emergency alterations. Carey then dropped a little shade on the outfit’s world-famous designer: “I love you, Donatella, but it popped, darling.”

Good Morning America wisely threw to a commercial, and when the show returned, Carey was ready to sing … only to experience another wardrobe malfunction. Her mic pack refused to clip to her dress, so she just held it in her hand as she sang “Always be my Baby.”