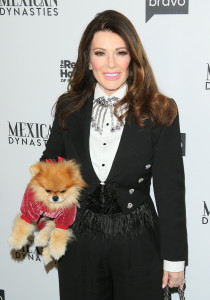 Oh, no, she didn’t! Lisa Vanderpump made an anti-trans remark about costar Erika Jayne on Tuesday, May 21, episode of The Real Housewives of Beverly Hills — and some people aren’t too happy about it.

Vanderpump, 58, suggested the “Roller Coaster” singer, 47, is transgendered and tucks her biologically male parts. She made the startling comment during a lie detector test that she took as Vanderpump Dogs executive director John Sessa was seated beside her.

“Just don’t ask me if Erika’s tucking or something like that because there are some things I can’t lie about,” she said before doubling over and laughing. 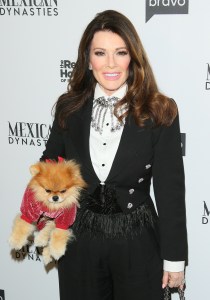 Lisa Rinna immediately came to Jayne’s defense. She took to Twitter moments after Vanderpump’s controversial comment aired to question whether the former editor-in-chief of Beverly Hills Lifestyle Magazine is against individuals who identify as transgender.

Who knew Lvp was transphobic? Well, we know NOW! #LBGTQ

While Jayne herself hasn’t directly commented on Vanderpump’s statement, she did retweet trans activist and former I Am Cait star Candis Cayne’s remarks on the matter.

Oh come on @lisavanderpump joking about @erikajayne “tucking” Ugly Trans jokes marginalizing our community are not acceptable. Being an ally doesn’t give you a free pass
To make transphobic remarks. Do better pic.twitter.com/bkJoWxNkLO

“Oh come on @LisaVanderpump joking about @erikajayne ‘tucking,’” the 47-year-old wrote on Twitter. “Ugly Trans jokes marginalizing our community are not acceptable.  Being an ally doesn’t give you a free pass to make transphobic remarks. Do better.” 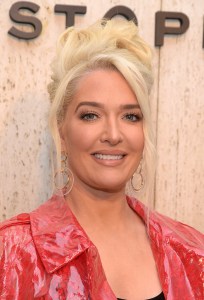 Vanderpump’s controversial moment aired as RHOBH devotees watched the reality star take a lie detector to prove that she didn’t leak a story to the press about PuppyGate — an incident involving a pooch that Dorit Kemsley adopted from Vanderpump Dogs that sparked a feud between many of the show’s stars in its ninth season.

She explained to Us Weekly why she decided to prove her innocence this way.

“I handled it with the truth and that’s, I think, why I ended up doing the lie detector test, because I was like, I was so sick of them saying, ‘Oh, I don’t believe this.’ Or ‘I don’t believe that.’ Or ‘You did this,’” she told Us on Saturday, May 18. “And finally, when you say, ‘I swear on my children’s life’ and that’s not good enough, that’s when I say, ‘Oh, you know what?’ [Vanderpump Dogs executive director] John Sessa had a great idea, ‘Go, do a lie detector test.’ I said, ‘Absolutely.’ If I had any guilt, I wouldn’t have done it. Come on.”