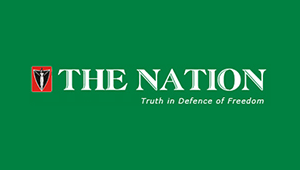 Mountain of Fire and Miracles Ministries Football Club supremo, Emmanuel Adeyemi, has showered praises on the Olukoya Boys for claiming the 2017 Lagos State FA Cup with an emphatic 3-1 victory over Spartan FC on Sunday evening at the Soccer Temple, Agege Stadium.

Speaking after the triumphant FA Cup finish, an obviously ecstatic Adeyemi expressed gratitude to the General Overseer of Mountain of Fire and Miracles Ministries, Dr Daniel Olukoya, for his support toward the team and the officials and players of the team for defending the trophy.
“The General Overseer has been of  tremendous support to the team. He has always given us the needed resources, support and enabling environment to excel. I really want to thank him for all he has done for us.

“I also want to thank the management of MFM FC, the coaches, officials and players they have been wonderful and I think they have done well so far.

“I will like to implore the players and officials of the team to replicate this performance at the national level and also to remain focus as we prepare for the second stanza of the league so that we can at the end of the season achieved our target,” Adeyemi concluded.

Olukoya’s unquenchable passion for the youths over the years is indescribable, and that has inspired him to float many programmes to steer away the youths from the paths where the devil always feed on their innocence.

Programmes such as the establishment of youth churches – the very first of its kind not just in Nigeria but in Africa, Mountain Top University, Gen 218 Club, MFM Football Club and so on were established to help the youths to achieve their divine purpose and positively impact their generation for Jesus Christ.