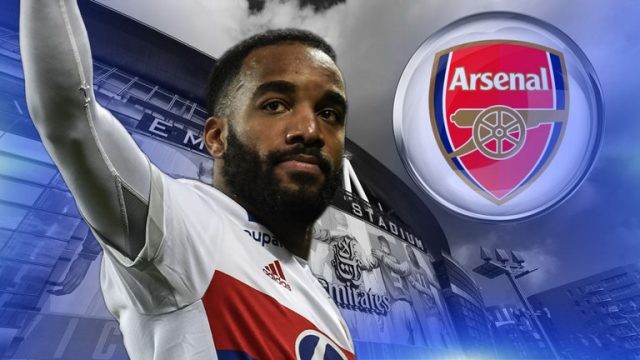 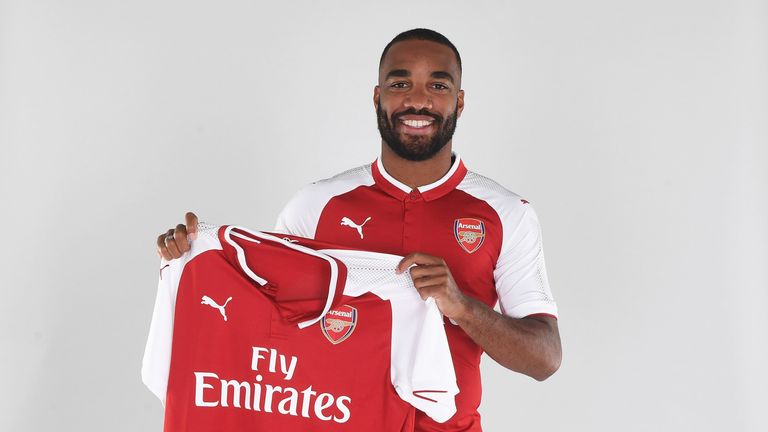 Arsenal have completed the signing of Alexandre Lacazette from Lyon.

The club confirmed Lacazette signed a “long-term contract for an undisclosed fee” on Wednesday evening.

Sky sources indicated earlier this week the France international would sign a five-year deal at the Emirates Stadium after Arsenal agreed a club-record deal which could rise to £52m over the course of his contract. Lacazette told Arsenal’s official website: “I am, of course, delighted and very proud too because Arsenal is a legendary club. Throughout my childhood, thanks to Thierry Henry and other French players, I always dreamed of playing for this club so today that dream has been fulfilled.

“The fact that the manager has been here for a while shows that it is a stable club which I like. In addition there are quite a few French players here, which makes it easier to settle in. In my opinion, Arsenal is also the club that plays the best football in England so I really wanted to come here.”

Manager Arsene Wenger added: “We are very happy to have Alexandre join our group. He has shown over a number of years that he can score goals and that he is a very efficient finisher.

“As well, he has very interesting technical qualities and a strong character. So he is a guy who is a great addition for us, and someone who will help us challenge at the top level this season.”

The 26-year-old is expected to travel to Sydney with his new team-mates this weekend as Arsenal begin their pre-season tour in Australia.

Lacazette’s debut is expected to come in the Emirates Cup on July 29 against Benfica or on July 30 against Sevilla.

The Frenchman had verbally agreed to join Atletico Madrid this summer but that deal collapsed last month after Atletico’s transfer ban was confirmed by the Court of Arbitration for Sport.