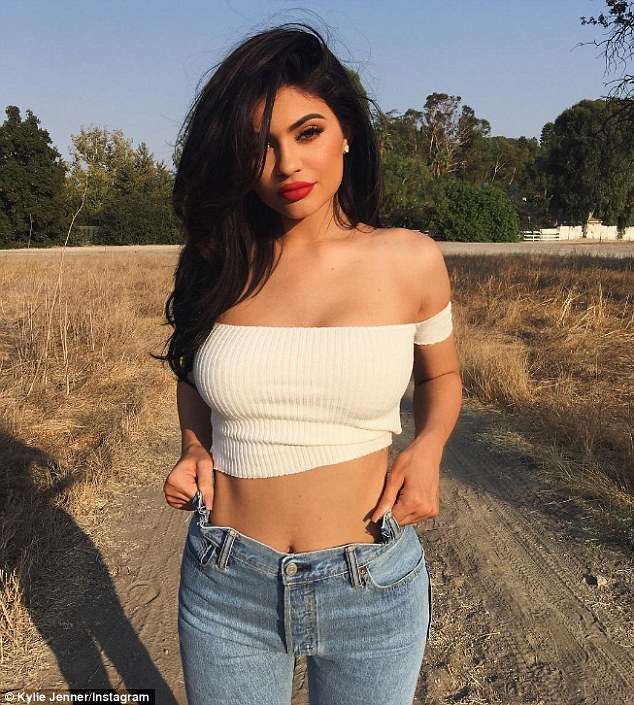 Kylie, who never confirmed reports that she was pregnant, gave birth to the baby girl on Thursday, February 1, 2018.

She posted the first picture of the baby on her Instagram page on Tuesday, February 6, 2018.

Although the photo did not show the baby’s face.

Kylie simply captioned the baby’s picture ‘Stormi Webter‘, which is believed to be her name.

The 20-year-old youngest Kardashian-Jenner sibling gave birth on Thursday, February 1, 2018 despite the fact that she never confirmed her pregnancy, which was first reported in September 2017.

It was reported that the baby’s father Travis Scott, Kylie’s mom, Kris Jenner, sister Kim Kardashian and friend Jordyn Woods were seen at the hospital where Kylie was admitted before her baby’s delivery.

Kylie and Travis were romantically linked back in April 2017, but  they never publicly comment on their romance – even after the arrival of their baby girl.

However, photos of their Public Display of Affection surfaced online several times.

Some Stars Who Have Tried Online Dating!