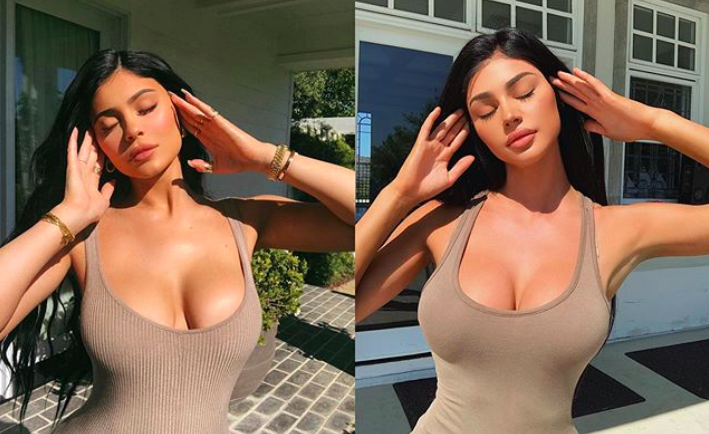 You know what the world desperately needs? Even more Kylie Jenner content. Maybe. Or not! Either way, YouTuber Kristen Hancher just delivered, thanks to the fact that she decided to recreate some of Kylie’s most recent Instagram pics. And guys. It’s legit alarming how similar they look. Like, I truly thought Kylie was recreating Kylie.

But before we get to the twinning side-by-sides, you should know that Kristen normally looks like this:

And depending on her beauty look and wig situation, she does sometimes have a similar vibe to Kylie. For example, this whole mood

Also, reminder that Kylie looks like this (just in case her face isn’t permanently etched into your brain):

Clearly, they already low-key look alike, but again: Kristen leaned even harder into her own personal Kylie vibes by copying several of the reality star’s Instagram pics. The result? THIS INSANITY:

BTW, if you’re unfamiliar with this social media star, she has a pretty huge YouTube, Instagram, and TikTok following—and is a dancer and gymnast. She also happens to be dating fellow YouTuber Austin Hare, who she describes as the “love of my life.”

In case the twinning Instagram wasn’t enough though, Kristen just blessed us with an entire video of her recreation.

Sooooo what do you think?