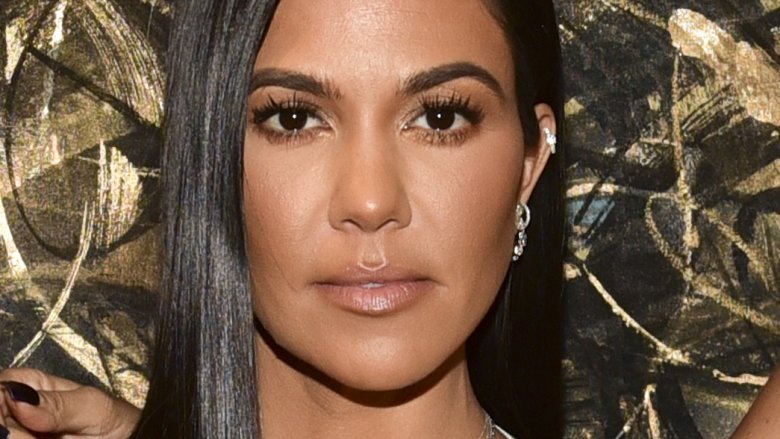 On Thursday, Nov. 22, 2018 — Thanksgiving day — Kardashian’s younger sister Kendall Jenner posted a video and a series of photos from her time with her family on the national holiday on Instagram. And, in the video, Kardashian appears to be holding her stomach, while standing alongside the whole Kardashian crew — including her ex and father of her children, Scott Disick, and her children, 8-year-old Mason Dash, 6-year-old Penelope Scotland, and 3-year-old Reign Ashton. This apparently led some Keeping Up With the Kardashians fans to speculate that she may be expecting with her fourth child.

“Is Kourt pregnant??” one fan asked in a comment, as reported by E! News.

In response, Kardashian, 39, shut down the theory, redirecting fans’ attention to one of Jenner’s Thanksgiving photos, in which Kardashian’s arm can be seen reaching for more food. “No,” she wrote, “but how good does my arm look in the last photo?”

While Kardashian is thought to be single at the the moment (she broke up with model Younes Bendjima in August 2018), she has been spotted out and about with 20-year-old model Luka Sabbat (via Page Six). Her ex Disick, 35, is dating singer Lionel Richie’s daughter Sofia Richie, 20.

Disick’s high-profile relationship, however, didn’t stop him from celebrating Thanksgiving with his ex-girlfriend, their children, and her famous family. In a post on Instagram on Nov. 22, Kardashian shared a photo of herself with Disick and their kids. “I woke up this morning in bed with my children, in the same house as my sisters (minus @khloekardashian i miss you), my brothers, the father of my kids, my mommy, my grandma, my nieces and nephew,” she wrote in the caption. “I feel beyond grateful. Happy Thanksgiving!”

We’re glad to see that Kardashian and Disick are getting along!