Kim K.: Tristan’s Only Sorry About Cheating on Khloe Because He Got Caught 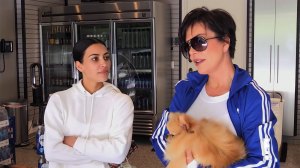 In a clip for the upcoming episode of Keeping Up With the Kardashians, Kim and Kris explain to their cousin Cici Bussey what went down while the mom-and-daughter duo were in the Midwest to help welcome Khloe and Tristan’s first child.

After dishing on how she was happy that she was there to see the baby and support Khloe, Kim revealed that the more she thinks about the visit, the more “pointless it was.”

“Well, he was very remorseful. And was, very, obviously, feeling sick over everything that happened,” Kris said before Kim chimed in, explaining that she thinks he was feeling more guilty that his actions were “affecting his job.” 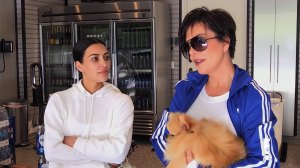 Khloe Kardashian and Tristan Thompson Cheating Scandal: Everything We Know So Far

Kim continued: “I think he’s more embarrassed that he looks stupid [and people] are like booing him, and I think it’s more of that than anything. And I told him that.” The Selfish author, 38, added that they all went back and had a private, family conversation with Tristan without cameras, where they all expressed how they felt.

The momager, 63, asked, “how many more of these things are we supposed to prepare ourselves for?”

Kim noted that Khloe asked Tristan to tell her “how many more people has it been.”

“I think the convo was going OK at the beginning, and then it got heated,” Kim explained. “And I don’t know. It just kind of took a left turn.” The KKW beauty founder went on to note that Kris told Tristan, “If you want to live this life of dating these Instagram whores, and doing your thing, live that life. Mom’s like, ‘If this doesn’t work out with you guys we’re always going to rise up.”

The clip ends with an emotional Kris repeating what Khloe, 34, told her.

“She said, ‘I didn’t have a baby just to have a baby and move on,’” Kris repeated, with a cracking voice. “She said, ‘I had a baby to create a beautiful family,’ and that’s what broke my heart. She really never saw it coming either.”

Khloe welcomed her now seven-month-old daughter, True, with the NBA player in April, just days after photos of him getting cozy with another woman made headlines. That same month, multiples sources confirmed to Us Weekly that Tristan had been unfaithful to Khloe with multiple women.