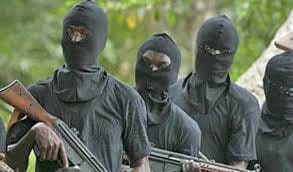 It was gathered that the Sheikh with 12 members of his team, including his brothers and students, all from Rimini Kebe area of Ungogo Local Government Area of Kano, was kidnapped by gunmen about three weeks ago around Scheme town of Katsina State on their way to Zamfara State to attend Maulud in Anka town.

The son of the cleric, Isyaku Abdullahi Shehu, who confirmed the latest development to Daily Trust, said the kidnappers demanded a ransom of N10 million from the family. but they were able to pay only N5m.

He said they initially demanded N15 million, but after negotiation, the kidnappers agreed to collect N10 million.

“We have already gathered and submitted N5 million to the kidnappers. But when we got to the place they directed us to go and pick our people, they only brought four dead bodies of them,” he said.

“When we asked them why they killed them, they said we must give the agreed N10 million for them to release our father and the other nine people, or else they will also tell us where to go and pick their corpses. We couldn’t even carry the corpses because they had already decomposed. We had to bury them there,” he said.

He said their father, who has three wives and 17 children, is around 78 years and that they don’t have anything else to give to the kidnappers after the N5 million, which was gathered amongst them, had already been given to the kidnappers.

He added that they didn’t know the appropriate security office to contact for the issue because they were kidnapped in Kastina and got the four corpses in the Kuyallo town of Kaduna State.

“We never thought we would find ourselves in this kind of situation. We just heard this from here and there, but it happened to us. Presently we are all exhausted, and we don’t know what to do to raise the remaining N5 million to rescue our father and the remaining people.

“We call on the government and people to please help us in rescuing them. We don’t have anything, and we don’t have anybody. Please and please, we need your help,” he appealed in tears.

On the Maulud, the people were scheduled to attend. The cleric’s son said the event was postponed because their father is the leader and has been the guest speaker at the event for many years.

He added that the organizers of the Maulud promised to come to Kano on the matter but were yet to come.