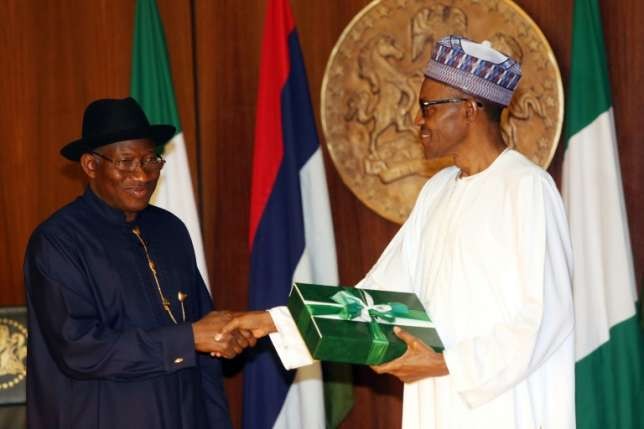 If you missed the war of words between Jonathan and Buhari over abducted schoolgirls, here’s a recap.

President Muhammadu Buhari and his predecessor Goodluck Jonathan love to have a go at the other occasionally and so, here’s another one. There’s been an exchange of bitter words between Jonathan and Buhari over abducted schoolgirls.

When Buhari visited Dapchi this week, he said his administration has done better than Jonathan’s in terms of rescuing abducted schoolgirls.

Here is what Buhari said:

“The Federal Government’s response to the unfortunate abduction of the schoolgirls is a clear departure from the insensitivity of the past administration which looked the other way while the Chibok girls were taken away in 2014 and held in captivity for over three years.

“Due to our commitment, over 100 Chibok girls have been rescued and reunited with their families, sent back to school and empowered with requisite skills”.

“When the Chibok girls were kidnapped, the Jonathan administration did not “look the other way” as President Buhari claims and historical records prove this.

“Is this the act of an administration or a President that looked away?

“Now more than two weeks after the Dapchi girls were kidnapped, has President Buhari held a National Security Council meeting to address the situation? No, he has not. As a matter of fact, to prove to Nigerians how inept he is, the President cancelled the Federal Executive Council meeting that was to hold after the Dapchi girls were kidnapped because of a conference he had to attend.

“Again, the President was not right when he said his administration “rescued” 100 Chibok girls. The Chibok girls were not rescued. As a matter of fact, they were released by Boko Haram after the alleged payment of huge ransoms and freedom of captured Boko Haram commanders by the Buhari administration”.

Dear reader, what’s your take? Who has handled the abduction of schoolgirls better?