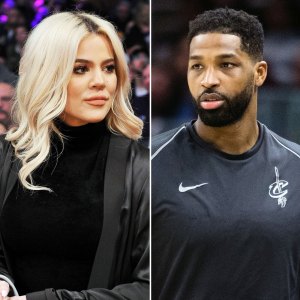 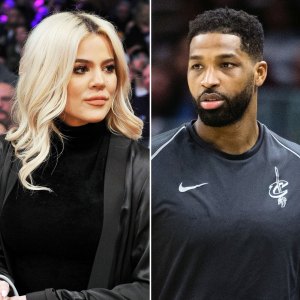 Unaffected? Khloé Kardashian focused on the good things in her life after her ex-boyfriend Tristan Thompson was spotted hanging out with Karizma Ramirez.

“I believe in you, your abilities and you [sic] heart!” the Keeping Up With the Kardashians star, 34, captioned a sexy selfie on Thursday, March 7. “Stay positive about everything. Each one of us, is simply trying to figure it all out.”

Thompson, 27, was seen out in New York City with Ramirez on two separate occasions. The duo dined at Carbone restaurant on February 27. They later visited Nobu on Tuesday, March 5, while the Cleveland Cavaliers player’s team was in town to take on the Brooklyn Nets.

According to TMZ, the athlete is not dating the 28-year-old model. They were reportedly introduced by Jordan Clarkson, a fellow NBA player who was previously linked to Kendall Jenner.

Kardashian and Thompson split in February after he admitted to cheating on her with Kylie Jenner’s best friend Jordyn Woods, an insider told Us Weekly. The exes share 10-month-old daughter True.

Kardashian backtracked after initially blaming her breakup on Woods, 21. “This has been an awful week & I know everyone is sick of hearing about it all (as am I). I’m a rollercoaster of emotions & have said things I shouldn’t have,” she tweeted on Saturday, March 2. “Honestly, Tristan cheating on me & humiliating me, wasn’t such a shock as the first time.”

She continued: “What’s been harder & more painful is being hurt by someone so close to me. Someone whom I love & treat like a little sister. But Jordyn is not to be blamed for the breakup of my family. This was Tristan’s fault.”

The reality star concluded by saying she has “to move on” with her life and “count [her] blessings,” which include True, her family and her health.