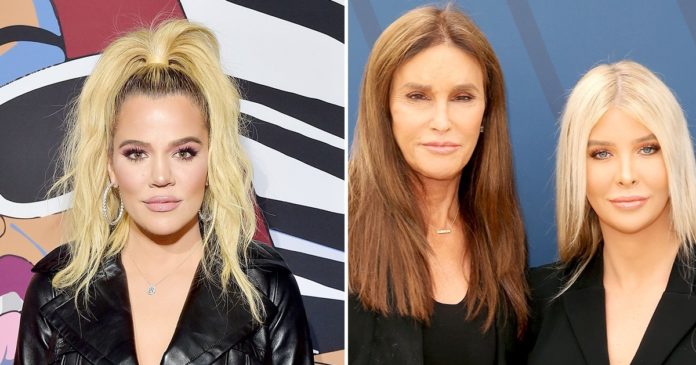 “Yes, I believe that she is a transgender woman as well,” the 34-year-old Revenge Body host began in a sneak peek of her appearance on the “Divorce Sucks with Laura Wasser” podcast obtained by E! News. “She’s really, really sweet too. She’s really sweet. She’s younger, but like, she’s not bothering anyone.”

Kardashian added that her relationship with Jenner, which was estranged after the Secrets of My Life author came out as transgender in 2015, is “fine.”

“I saw Caitlyn recently, trying to think when, but yeah when I see Caitlyn it’s fine,” the Good American cofounder explained. “I think we’ve really come a long way. It was a struggle for all of us … not because she was transitioning. I think from just how it was all handled.” (The Kardashian family, including Khloé, was upset by Caitlyn’s comments about their mom, Kris Jenner, in her 2017 memoir.)

After nearly two years of speculation about their relationship, Hutchins, 23, referred to Jenner, 69, as an “amazing loving partner” in April.

“I have chosen to be very intentional about the people I surround myself with. Surround yourself with those that inspire, those that are beautiful, those that are genuine, those that empower you, and those that choose love,” the model wrote alongside a series of photos from her birthday party via Instagram. “I am so lucky to have the friends, team, and amazing loving partner I have.”

The Olympic gold medalist, for her part, called Hutchins her “little Sophia” in a birthday tribute.

“It was a great night last night. So few candles,” Jenner added, seemingly pointing fun at the pair’s age difference.