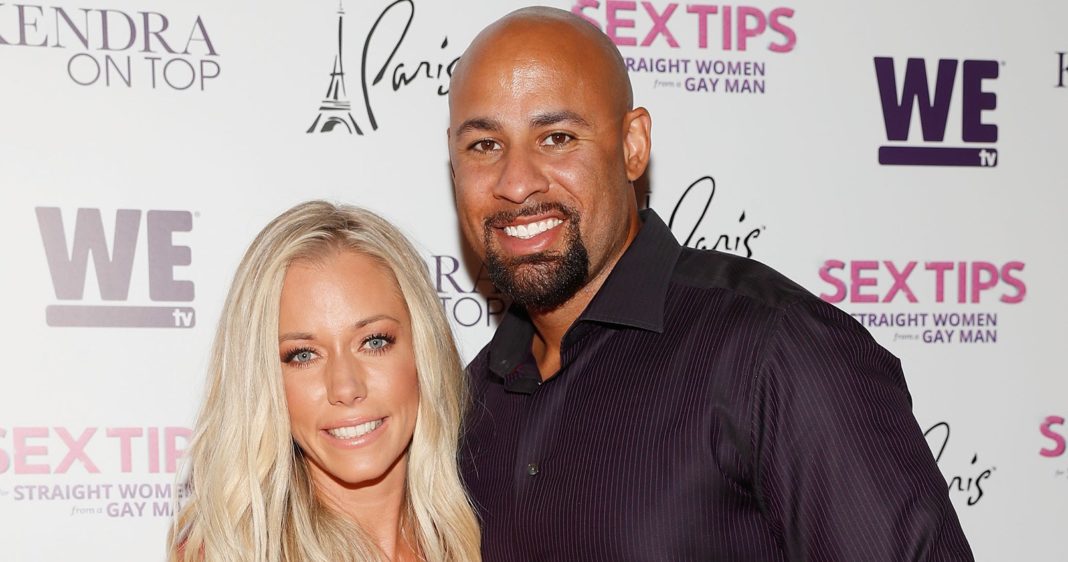 New year, new Kendra Wilkinson. The former Kendra on Top star is “taking it as it comes” this holiday season, as it’s the first one since her split from estranged husband Hank Baskett.

“It’s definitely going to be a new year for us, new holiday for us, as a separated family,” the 33-year-old former Playboy model told Us at the Disney on Ice Celebrity Skating Party in Los Angeles on Friday, December 14. “It’s all still up in the air. I’m taking it as it comes. It’s not something that comes easy, so you have to work it out.”

“But along the way, you have to find all the joy you can, especially during the holidays,” she added. “Give the kids everything they want and ask for.” (Wilkinson and Baskett, 36, share son Hank Baskett IV, 9, and daughter Alijah, 4.)

“Hank and Alijah — I can be blunt right now — they really are there for each other,” the Sliding Into Home author said. “They lean on each other, especially during these different times. So they have each other and I train them to really make sure they know that. You stick together no matter what. You have each other’s backs. You love each other. And it’s working and they’re helping each other through.”

Celebrity Couples That Stayed Together After Cheating Scandals

Us Weekly exclusively broke the news of the former couple’s impending split in April when an insider revealed that the reality star was planning to file for divorce.

“She’s been really unhappy and felt uncomfortable in the marriage and they have been fighting a lot,” the source told Us at the time. The news came just one month after Wilkinson was vocal about the marital problems she and the former NFL player were facing. “1. how do u fake marital problems? makes absolutely no sense,” she wrote in a since-deleted Instagram post denying that they were “faking it for TV.”

Wilkinson and Baskett settled the details of their divorce on October 29, according to online records from the Los Angeles County Superior Court. At the time, the duo were waiting for a judge to sign off and finalize the details, such as custody of their children.