Kathy Griffin calls out Trump over lack of coronavirus testing 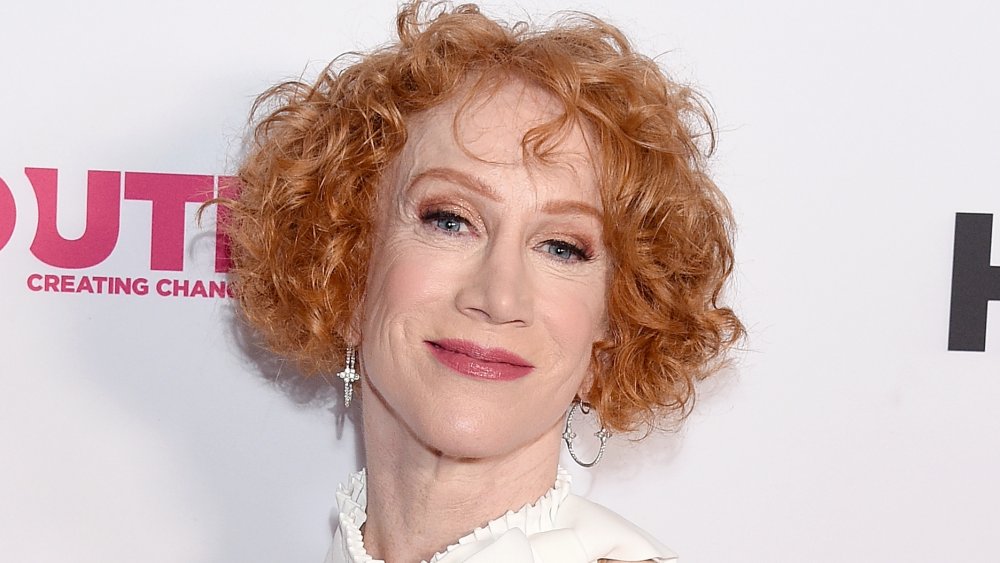 After Kathy Griffin took to Instagram to update her followers on her situation, celebs and fans alike quickly took to the comments section to wish her a speedy recovery, including Olympic skier Gus Kenworthy who wrote: “Get well soon Kathy!” with a red heart emoji. At the time of this writing, President Donald Trump has yet to respond to Griffin’s criticism.

As fans of the comedian will know, this isn’t the first time Griffin has publicly slammed Trump — and it probably won’t be the last. In May 2017, she infamously tweeted an image of herself holding a Trump mask that was made to look like his severed head. The backlash she received was vicious, and she said in various interviews that it almost killed her career. According to NPR, following the tweet, Griffin “lost work immediately.” Additionally “[f]ederal officials threatened to charge her with conspiracy to assassinate the president.”

According to The New York Times, Griffin didn’t get work that she wanted for “two years” after the incident. However, that clearly didn’t stop her from speaking her mind when it came to her thoughts on how the president was handling the spread of the coronavirus.

Here’s hoping that — if and when she is tested — Griffin’s coronavirus test results come back negative.