Kate Beckinsale Amid Pete Davidson Fling: ‘I Like Funny’ Men 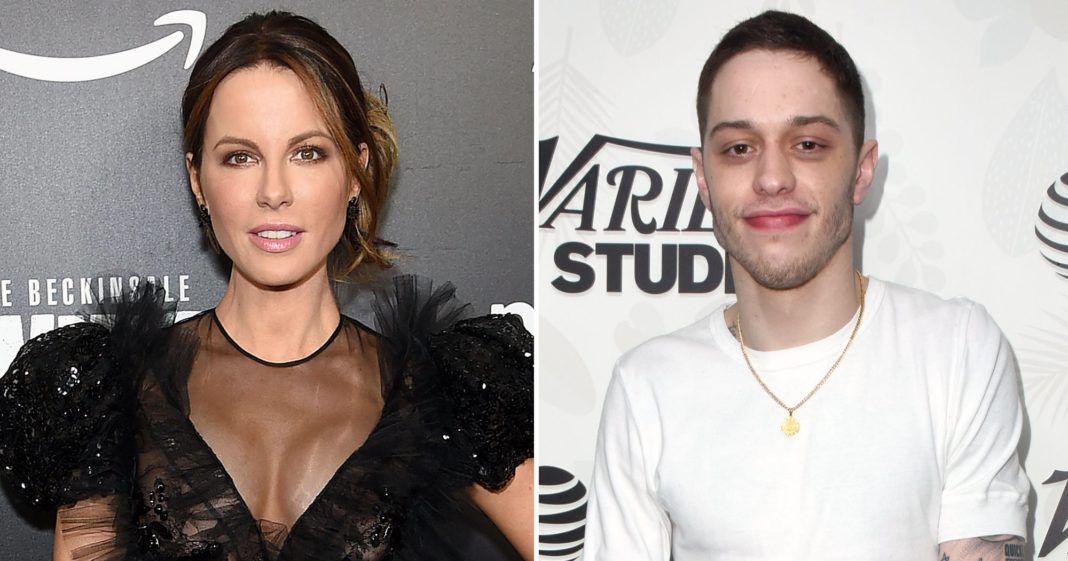 Adds up! Kate Beckinsale divulged what she looks for in a man amid her budding romance with Pete Davidson.

A source revealed as much to Us Weekly earlier in the month. “Kate is into Pete and he’s exactly her type,” the insider said at the time. “She likes young guys who make her laugh.”

Davidson, 25, and Beckinsale first set off romance rumors in January when they were spotted flirting at a series of Golden Globes afterparties. “She was following him around a bit and waiting for him,” a source told Us of the pair’s encounter. “People approached her and she didn’t want to talk to anyone else. … It definitely seemed like Kate was interested in him.”

The actress and the Saturday Night Live star seemed to lean in to their connection as they held hands in Los Angeles in February.

“It’s no surprise she likes Pete — he makes her laugh and she likes the fact that he’s younger than her,” a source noted, adding: “Kate is a lot of fun and loves embracing her youthful side. She’s always the life of the party and likes going out, dancing and hanging out around young people at hip places.”

Beckinsale clapped back at a hater who claimed to be “disappointed in [her] dating choices” on Instagram last month. She expertly replied: “Fairly let down by your wonky beard but thought possibly rude to say.”

The Serendipity star “is happy with” Davidson, according to an insider. “Kate is so into Pete and has been telling all her friends about him,” the source told Us. “They have great chemistry, and she loves hanging out with him whenever they get the chance to. She has such a fun, young, loving personality.”

The comedian is just as interested in Beckinsale. “Pete only has eyes for Kate. She’s cool and fun,” an insider revealed. “It’s long distance, but they’re taking it slow. She makes him laugh. He thinks she’s great and really smart. They have an incredible physical connection.