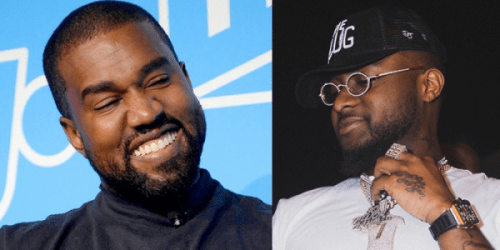 This is a trending video of popular American rapper, Kanye West and his choir could be seen with his choir while they remixed Nigerian afropop singer, Davido’s ‘IF.

In the viral video Kanye West was seen making use of Nigerian singer, Davido’s instrumental to his 2017 hit song, ‘IF’ during his praise and worship session.

It captured the moment, the ‘born again’ rapper was seen moving his body while the choir sang their personal rendition to the rhythm of the hit song.