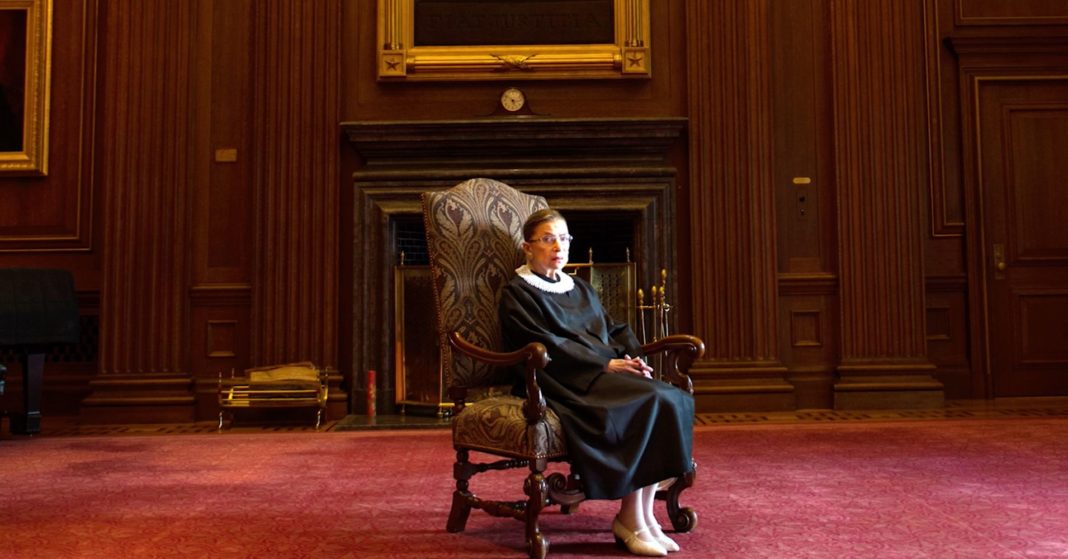 Supreme Court Justice Ruth Bader Ginsburg was released from the hospital on Tuesday and is recovering at home.

The court said that following the surgery no further treatment was planned, and that there was no evidence of remaining disease.

The Christmas-day discharge came the same day that a movie chronicling the justice’s early legal career, “On the Basis of Sex,” was released to the public.

The procedure removed two malignant nodules that were discovered incidentally during tests Ginsburg received while being treated for rib fractures sustained in a fall last month. Ginsburg said earlier this month that she has almost fully recovered from the rib injury.

Ginsburg’s health has been a matter of intense public concern. The former ACLU litigator is the eldest justice on the bench and the senior member of the court’s liberal wing. Her retirement would likely enable President Donald Trump to name her replacement, further cementing a conservative majority on the nine-member bench.

Ginsburg has recovered from multiple bouts with cancer and in 2014 had a stent placed in her right coronary artery. She has quickly rebounded from her health problems and has not missed a day of oral argument since she was appointed in 1993 by President Bill Clinton.