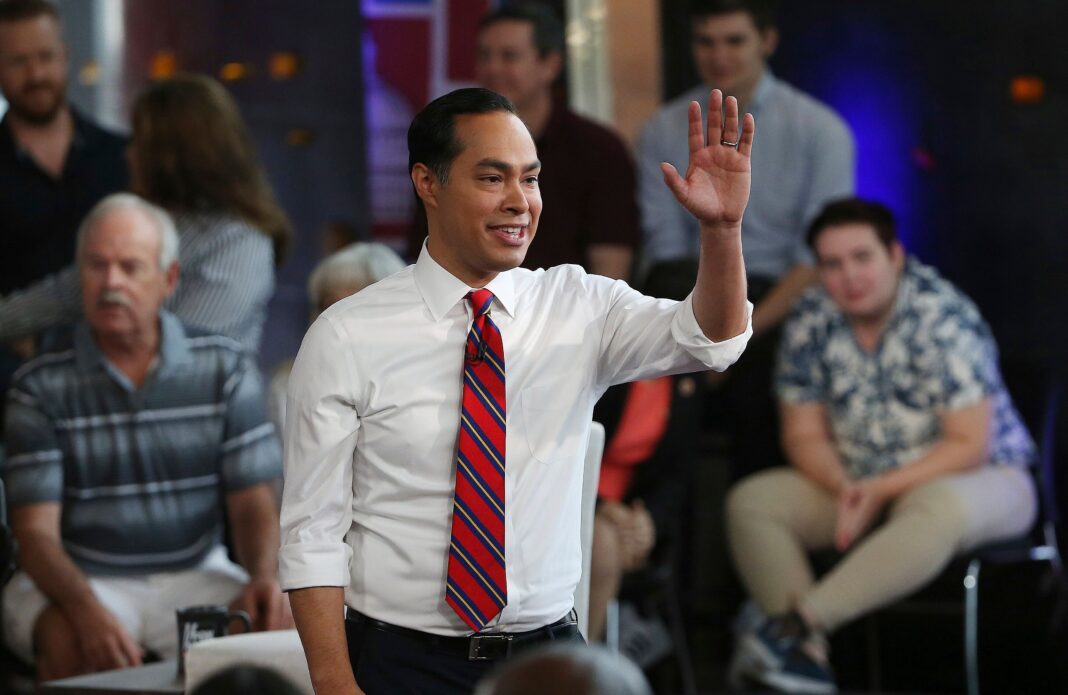 Castro, the former mayor of San Antonio and secretary of Housing and Urban Development under then-President Barack Obama, would have been the first Latino president, had the voters rallied behind him. He was the first Texas Democrat to run for president since 1976.

In a video released by the campaign, Castro thanked his supporters and said, “I’ve determined that it simply isn’t our time.” The nearly four-minute video showed clips of Castro’s campaign, including him speaking out against police violence and the crisis at the southern border.

It’s with profound gratitude to all of our supporters that I suspend my campaign for president today.

I’m so proud of everything we’ve accomplished together. I’m going to keep fighting for an America where everyone counts—I hope you’ll join me in that fight. pic.twitter.com/jXQLJa3AdC

Throughout his campaign, Castro lagged behind other Democratic primary candidates in the polls and in campaign funds, telling supporters on Twitter that he needed to raise $800,000 by the end of October or his campaign would be “silenced for good.” He made a similar threat in an email to supporters back in September. Apparently, this time he meant it.

Castro’s campaign has struggled to climb the polls since he joined the race, and he failed to qualify for the last two Democratic debates in November and December.

After Sen. Kamala Harris (D-Calif.) dropped out of the race on Dec. 3, Castro criticized the lack of diversity that would be on the stage of the December Democratic primary debate. (He failed to make the polling numbers he needed to qualify for that debate.)

“What we’re staring at is a DNC debate stage with no people of color on it,” Castro said in a filmed statement. “That does not reflect the diversity of our party or our country. We need to do better than that.”

Castro was considered for 2016 Democratic nominee Hillary Clinton’s running mate but didn’t get the spot. This time around, he decided to run for president himself.

Castro entered the race on Jan. 12 and ran on a platform of “People First.” He laid out a plan for education, but he focused primarily on law enforcement with progressive plans for policing and immigration.

He won praise for being the first to commit to a comprehensive immigration reform platform while other candidates shied away. As a descendant of Mexican immigrants, Castro hoped to ease the road to citizenship for others coming to the United States. “All undocumented immigrants, except for those with serious criminal records, would be able to get on a path to citizenship,” Castro told Mother Jones in May.

Castro said he would decriminalize unauthorized border crossing and prioritize transparent diplomacy with Central and South America. He also said he would not abolish Immigration and Customs Enforcement entirely, but rather split it up into other departments, placing enforcement at the Department of Justice.

Castro had three goals for improving methods of policing in the U.S.: End over-aggressive tactics and combat racially discriminatory policing; hold police accountable for their misconduct; and start the healing process between communities and law enforcement.

He backed policies that would implement a national standard for police conduct, invest in civilian oversight boards and require more accountability within police departments.

Castro’s education plan would “bridge the gap both in access and achievement,” by investing in competitive jobs for educators, creating a public universal pre-K program and resolving the student debt crisis.

Castro pledged to visit all 50 states shortly after announcing his run for office. He was also the first candidate to visit Flint, Michigan, because he said he wanted to let them know “that we haven’t forgotten about them,” HuffPost previously reported.

“As someone from a state that’s largely been ignored by presidential campaigns for most of the past four decades, I know how much it means for folks to have a chance to be heard by the men and women seeking to become their President,” Castro wrote on his campaign website.