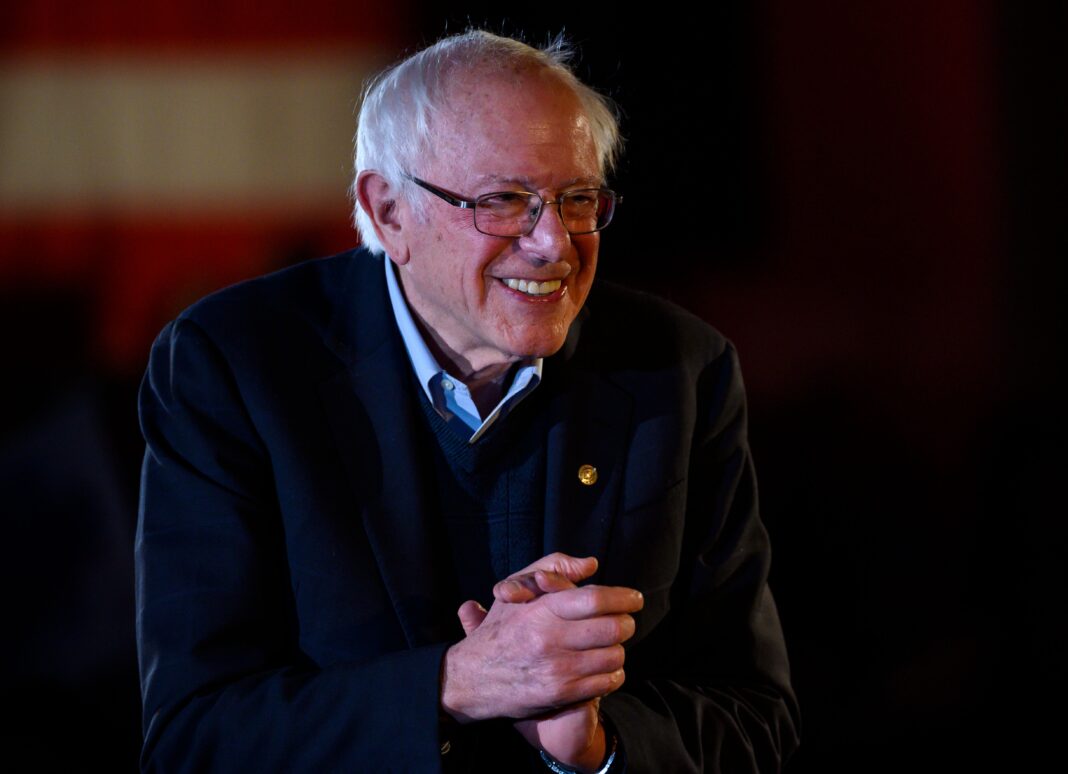 Bernie Sanders Raised high amount In Final Quarter Of 2019, The presidential campaign of Sen. Bernie Sanders (I-Vt.) announced Thursday that it had raised more than $34.5 million in the final quarter of 2019, affirming Sanders’s status as a fundraising juggernaut amid a polling rebound that began in October.

The sum came from 1.8 million donations, averaging $18.53 each. A last-minute surge buoyed the campaign’s final total, with contributions from 40,000 new donors coming in on Dec. 31. The campaign recruited nearly 300,000 new donors over the course of the quarter.

In a statement, Sanders campaign manager Faiz Shakir chose to focus on another distinction: the campaign’s announcement Wednesday that it had reached the milestone of 5 million campaign donations.

“Bernie Sanders is closing the year with the most donations of any candidate in history at this point in a presidential campaign,” Shakir said. “He is proving each and every day that working-class Americans are ready and willing to fully fund a campaign that stands up for them and takes on the biggest corporations and the wealthy.”

Although he has yet to disclose his fundraising totals, former Vice President Joe Biden is expected to post an improvement on his disappointing third-quarter haul of $15.7 million. And Sen. Elizabeth Warren (D-Mass.) has reportedly experienced a decline in fundraising from the last quarter, a period when she had been surging in the polls. She was asking her grassroots donors to help her reach $20 million in the final days of the quarter.

Sanders is likely to end up with the largest fourth-quarter haul of the four top-polling presidential candidates ― and possibly the largest total of the entire year. The campaign has raised $96 million since launching in late February, including $18 million from 900,000 donations in December alone ― the campaign’s strongest month to date. (That figure does not include $12.7 million that Sanders transferred to his White House bid from other campaign accounts.)

The fourth-quarter fundraising haul is a major improvement on his third-quarter performance. From July through September, Sanders raised about $25 million.

The senator’s fundraising total adds to a general resurgence in Sanders’s fortunes since an early October heart attack that sidelined him for a couple of weeks and raised questions about his viability. On the strength of high-profile endorsements, strong debate performances and over-the-top displays of physical vigor, Sanders has regained his footing in national and early-state polling, including a narrow lead in New Hampshire.

More than merely giving Sanders financial breathing room in the final weeks before the Iowa caucuses ― the kind of slack that could enable him to court more hard-to-get seniors with television ads ― it provides fodder for him to argue his electability in a general election match-up against President Donald Trump. In an email to supporters on Wednesday, Sanders predicted that he would net 50 million donations in a battle against Trump, making $1 billion an attainable fundraising goal.

And while Buttigieg, with whom Sanders and Biden are in a neck-and-neck contest in Iowa and New Hampshire, also enjoys ample cash, he has endured scrutiny for holding private, high-dollar fundraisers, including one held in a Napa Valley wine cave. The challenge is likely as much tactical as it is image-related for Buttigieg, who has a massive grassroots fundraising base but also depends on many donors who have already reached their federal contribution limits.

The Sanders campaign claims that 99.9% of its donors have not hit that ceiling. It did not reveal how much cash the campaign has on hand.

The Sanders campaign again made a point on Thursday of touting its reliance on not only small donors but also often small donors of modest means. The most common profession of a fourth-quarter donor was a teacher and the most common employers are Amazon, Starbucks, Walmart, the U.S. Postal Service and Target.

“You build a grassroots movement to beat Donald Trump and create a political revolution one $18 donation at a time, and that’s exactly why Bernie is going to win,” Shakir said.