Wealth Of World’s 500 Richest People Grew 25% This Year, The world’s richest 500 people increased their collective wealth by 25% in 2019 ― a stark reminder of worsening income inequality, particularly in the U.S.

This news comes as income inequality and wealth concentration in the hands of the few has become a much-discussed topic in the 2020 Democratic presidential race.

Bloomberg News said it would stay out of investigations in the 2020 race after its founder and owner became a contender earlier this year ― but broke its own rule earlier this week in a report on progressive rivals Sens. Bernie Sanders (I-Vt.) and Elizabeth Warren (D-Mass.).

Sanders and Warren are among the candidates who most often criticize the economic and political systems that allow the nation’s income gains to disproportionately accrue to the wealthy.

One of Warren’s flagship policy proposals would target the ultra-wealthy with a 2% tax on fortunes larger than $50 million. Sanders, in a conversation with the Los Angeles Times editorial board published this week, called out how despite there being a low unemployment rate in the U.S., wages have largely stagnated for decades, leaving many Americans struggling to get by.

A study earlier this year found that the 400 richest people in the U.S. owned more than the 150 million people in the bottom 60% of the country ― and that since the early 1980s, those 400 richest Americans had tripled their wealth. 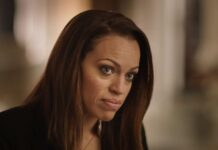 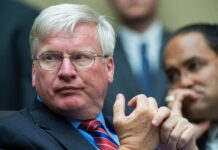