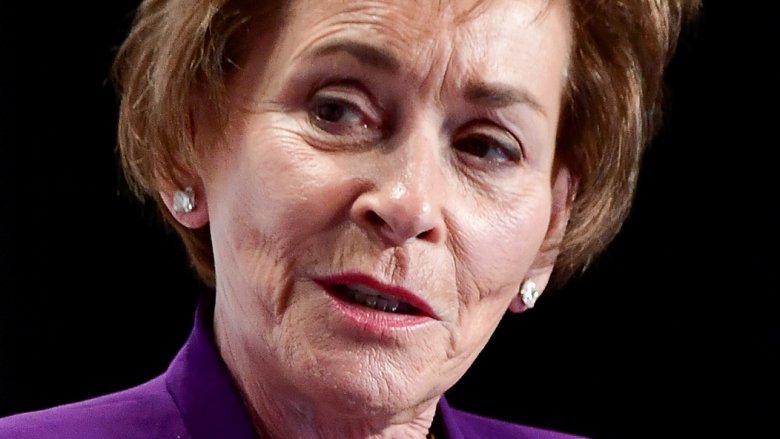 Judge Judy has something to say about the controversy surrounding Supreme Court nominee Brett Kavanaugh, who has been accused of sexual assault.

The famous TV judge, whose full name is Judy Sheindlin, spoke with TMZ in Beverly Hills, Calif. on Sunday, Sept. 23, 2018, and addressed the headline-making allegations that have been made against Kavanaugh. While she expressed hope that Kavanaugh’s accuser Christine Blasey Ford will have a fair trial, she cautioned people to not be so quick to jump to conclusions about Kavanaugh amid the accusations. “One hopes that people wait and don’t rush to judgement and listen to both sides of an argument before they make a decision,” Sheindlin told the celebrity gossip rag. “That’s what’s supposed to happen in a fair judicial process.”

Sheindlin refused to get into the specifics of the case — dodging questions about Ford and about the Republican party. Instead, she simply doubled down on her statement. “There’s always the hope that reasonable people will listen to both sides of an argument before they make a judgment. That’s what people are supposed to do,” she said. “You’re not supposed to rush to judgement on either side — you’re supposed to listen to evidence and then make a judgement. And if that doesn’t happen, then the end result is not fair, right?”

The Brett Kavanaugh scandal has been rocking the nation in recent weeks. In September 2018, Christine Blasey Ford, a research psychologist and professor at Palo Alto University, publicly accused Brett Kavanaugh of sexual assault, opening up about the alleged incident to The Washington Post. She claimed that Kavanaugh and his friend, who were allegedly both “stumbling drunk” at the time, cornered her into a bedroom back in the early 1980s when they’d attended high school in Maryland. Ford, 51, alleged that Kavanaugh had “pinned her” to a bed and groped her. She said that he tried to take off her clothes and covered her mouth with his hand when she attempted to scream.

Ford told the paper that she was able to run away to safety after the friend, identified as Mark Judge, jumped on top of Kavanaugh and herself and she took to the opportunity to flee.

As shared by Ford’s lawyer Debra Katz, Ford whose claims were previously published in The New Yorker without revealing her identity, considers the incident to be an “attempted rape” (via USA Today). Ford also shared that she had not told anyone about the incident until she spoke with a therapist in 2012.

She said she later decided to publicly come forward with her allegations against Kavanaugh because she felt it was her “civic duty” and so that “those making a very important decision can make an informed decision with all the facts” (via NPR).

Another woman, Deborah Ramirez, has also come forward with allegations of inappropriate sexual behavior against Kavanaugh, claiming that he’d once exposed himself to her at a Yale University party.

The New York Times interviewed dozens of people in an attempt to corroborate Ramirez’s claims but reportedly could not.

Kavanaugh, who was nominated for a seat on the Supreme Court by President Donald Trump in July 2018, has since denied the allegations. Speaking to Fox News in an exclusive interview published on Monday, Sept. 14, the 53-year-old said, “I’ve never sexually assaulted anyone — not in high school, not ever. I’ve always treated women with dignity and respect.”

Trump has also spoken out about Kavanaugh, taking to Twitter on Sept. 21 to say, “I have no doubt that, if the attack on Dr. Ford was as bad as she says, charges would have been immediately filed with local Law Enforcement Authorities by either her or her loving parents.” He continued, “I ask that she bring those filings forward so that we can learn date, time, and place!”

Ford is expected to testify before the Senate Judiciary Committee on Thursday, Sept. 27, 2018.

Kavanaugh has reportedly hired an “experienced sex crimes prosecutor” for the hearing, which has Ford’s lawyer Michael Bromwich concerned. “This is not a criminal trial for which the involvement of an experienced sex crimes prosecutor would be appropriate,” Bromwich said in a letter to Senate Judiciary Chairman Chuck Grassley. “Neither Dr. Blasey Ford nor Judge Kavanaugh is on trial. The goal should be to develop the relevant facts, not try a case.”