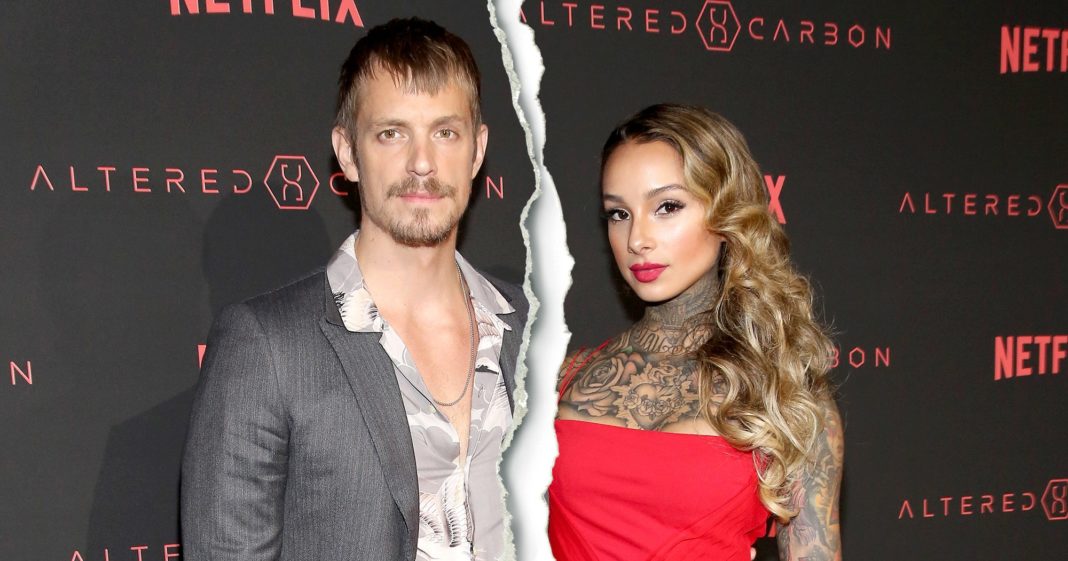 Calling it quits. Joel Kinnaman and Cleo Wattenström have split after two years of marriage, Us Weekly can exclusively reveal.

Multiple sources tell Us that the Suicide Squad star, 39, and the tattoo artist, 26, broke up last year, but remain friends. The twosome even shared photos hanging out with mutual pals at a UFC fight last month via Instagram.

Kinnaman and Wattenström started seeing each other in 2014. In April 2016, the Swedish-American actor revealed during an appearance on The Talk that he and Wattenström had secretly tied the knot.

“My wife,” Kinnaman said after then-host Aisha Tyler asked him how his “girlfriend” felt about him getting matching tattoos with the cast of Suicide Squad. “She was laughing at it,” he continued. “A lot of tattoo artists are not so precious about their tattoos. … [Tattoo artists are] all friends, they get drunk and do tattoos on each other. They’re actually the ones that are the least precious about it. She was like, ‘His line work needs some work!’”

Kinnaman was recently spotted out with Swedish model Kelly Gale. The duo were seen together in Los Angeles on Sunday, January 20.

The House of Cards alum previously dated actress Olivia Munn. Us broke the news in April 2014 that the twosome called it quits after two years of dating.

Hollywood’s Ex-Lovers Who Have Stayed Close

“They were actually close friends before they even started dating,” an insider told Us at the time. “So they’ve been able to stay really good friends even through the breakup. It’s just made things much easier for both of them.”

Us Weekly has reached out to Kinnaman’s rep for comment.