Jessica Vogel, who competed on Gordon Ramsay’s Hell’s Kitchen in 2014, has passed away 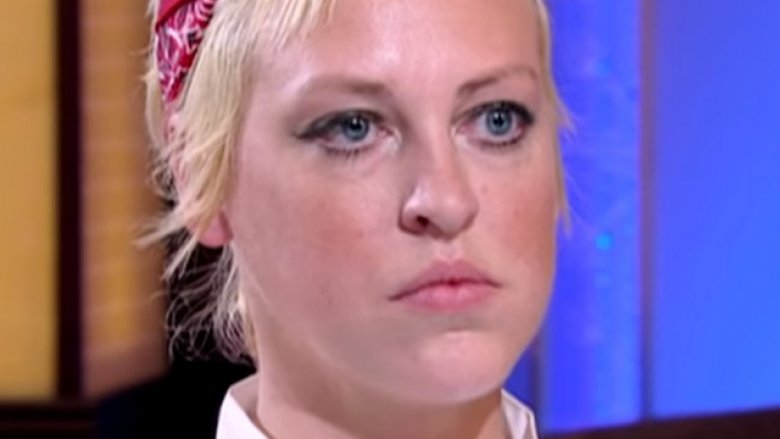 The celebrity chef’s fiancé, John Michael Keyser, told that “her heart gave out” while receiving treatment for colitis, a chronic inflammatory bowel disease, at a hospital in New Jersey on Monday, July 30, 2018. She was 34 years old.

“We were planning to open a restaurant together,” Keyser went on to reveal, adding, “My heart is breaking.”

At the time of this writing, further details surrounding Vogel’s death have yet to be revealed. According to E! News, she is survived by her parents, Donna Bruchmann and Mark Vogel, as well as her sister, Caitlin Johnstone.

Vogel’s family described her as “fearless when it came to work, never backing down from a challenge” in her obituary. After placing 12th on season 12 of Hell’s Kitchen, she went on to appear on Alton Brown’s Cutthroat Kitchen in 2016. As the executive chef’s family noted, these appearances had made her a “local legend for foodies” in her native Bergen County, NJ. She “loved food” her obituary read. “Not just a strong appreciation for a good meal but a true fascination with the genius required to pick quality ingredients and combine them in a unique and innovative way to create a true culinary experience.”

After detailing Vogel’s longtime struggle with drug and alcohol addiction, her family revealed that she’d “recently committed to living a better life and had graduated from an in-patient rehabilitation program with hopes of regaining control of her life. Unfortunately, the damage done over the years was too great, and she died, like she lived, a fighter.”

Vogel, who studied at the Johnson & Wales culinary school in Denver, CO, had candidly opened up about her battle with addiction in a later-deleted post on Medium in October 2017. “I’m weeks away from 34 years old and got told I drink too much and have cirrhosis,” she wrote in part at the time. “Did it stop me from pouring shots of alcohol? Nope. Did my lifestyle of sex, drugs and foie gras come to a born again Christian revelation? F**k that noise. Life is a blaze of glory. I don’t know if you want an adventure tale, but I’m here and ready to tell. My name is Jess and I’ve lived to tell about it.”

In reference to the post, her obituary continued, “She wants the message left behind not to be ‘sex, drugs, and Foie Gras,’ but rather the importance of appreciating your talents, always working hard to improve, but to never forget that it is the loving heart that truly changes the world.”

After the sad news of Vogel’s passing broke, a number of her fellow Hell’s Kitchen alumni from different seasons took to social media to share their thoughts and express their condolences. “HK family lost a lovely young lady!” Ji Cha tweeted. “Jessica Vogel will be truly missed. Please take a moment of silence within your hectic schedule to say a lil prayer for Jess and her family. Hugs Jess! Sorry we didn’t hang more often. I’ll miss you gf!!!” Meanwhile, Manda Palomino wrote, “Thoughts and prayers to the friends and family of Chef Jessica Vogel. Rest in peace chef! #hkfamily #hellskitchen #jerseygirls.”

Christine Nunn, who worked as a pastry chef alongside Vogel at a number of New Jersey restaurants, told NorthJersey.com, “She knew more about the Bergen County dining scene than just about anyone. She was really a talented chef who never reached her potential. It’s a shame.” Meanwhile, Beth Taylor-Murray, who also appeared on season 12 of Hell’s Kitchen, revealed that she and Vogel had spoken earlier this year. “She wanted a recipe for Popeyes chicken,” she told the website. “I loved her. She was a kind soul. We all have our issues and problems. I just want her to be at peace.”

Our thoughts are with Vogel’s loved ones during this difficult time.