Jennifer Aniston, Brad Pitt Are ‘Still in Touch,’ But It’s Not Romantic 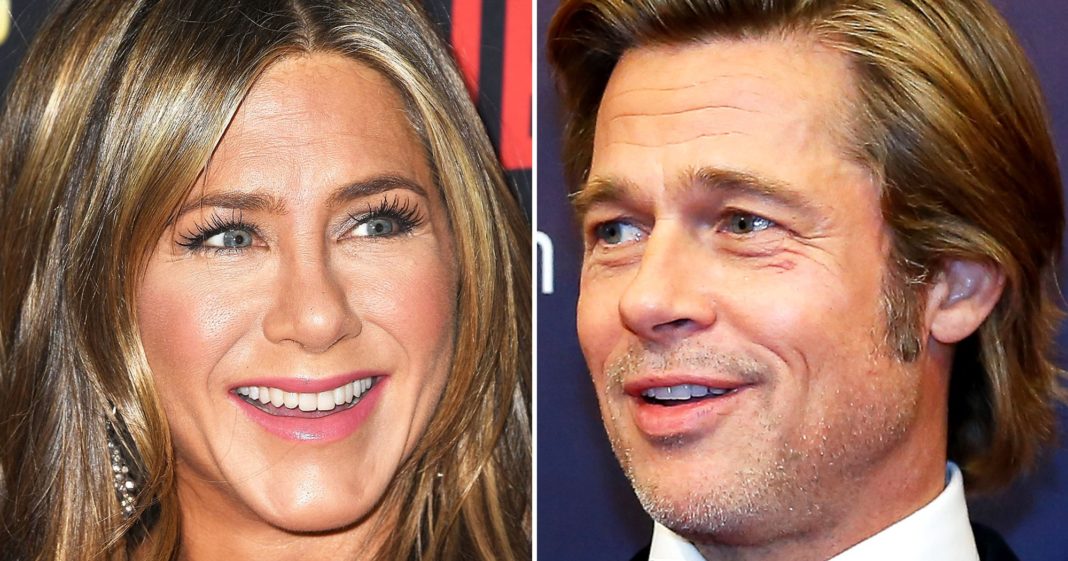 Still a flame there? Jennifer Aniston and Brad Pitt are not letting their reconnection go to waste, though a reconciliation is not in the cards as of now.

“Jen and Brad are still in touch and speak, but there still isn’t anything going on romantically between them,” a source tells Us Weekly exclusively.

The insider adds that Aniston “is also in touch with Brad’s mom,” noting that the women “are close and have been for a while.”

The Friends alum, 50, and Pitt, 55, made headlines in February when he was unexpectedly spotted at her birthday party in Los Angeles. “Jen spoke to Brad briefly. At one point she hugged him and thanked him for coming. … It didn’t seem like that big of a deal to Jen,” a source revealed to Us at the time. “The invite went out to a ton of people and he accepted. She was happy he was there, but that was it. She was busy making the rounds and excited to see so many people near and dear to her.”

The Fight Club star “didn’t stay all that long and ducked out before most people,” according to the insider.

Aniston later called her ex-husband, whom she split from in October 2005 after five years of marriage, to “thank him for coming” to the soiree and see “if he had a good time.”

Pitt and the Dumplin’ star revived their friendship after he contacted her following her mother Nancy Dow’s death in May 2016, when he was still married to Angelina Jolie and Aniston was still married to Justin Theroux. “She was touched that he knew what a difficult time it was,” a source explained.

Another friendly ex in Aniston’s orbit? John Mayer! The Grammy winner, 41, also attended the bash. Furthermore, an insider told Us that the two “are friends and have hung out” recently.

Us exclusively revealed in February that the actress and ex-husband Theroux “don’t have contact or a relationship” following their February 2018 breakup. The Spy Who Dumped Me star, 47, extended well wishes to his former wife of less than three years via Instagram, writing: “Happy Birthday to this fierce Woman.Fiercely loving. Fiercely kind. ….and fiercely funny. [Heart] you B.”