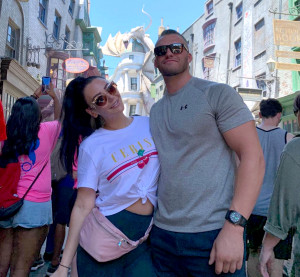 That was quick! Jenni “JWoww” Farley hasn’t been dating boyfriend Zack Clayton Carpinello for very long but he’s already spent a lot of time with her two kids.

The couple, who made their red carpet debut at Hakkasan Nightclub at MGM Grand Hotel and Casino in Las Vegas on Saturday, May 26, knew each other as friends for years before they became lovers, so Farley’s children with estranged husband Roger Mathews had already met the pro wrestler.

“I’ve known Meilani for a few years,” Carpinello, 24, told Entertainment Tonight of Farley’s 4-year-old daughter. “She’s known me for a couple of years, she is great with me. I love the kids they’re great.” 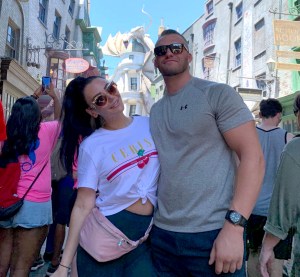 JWoww, 33, added that her 3-year-old son has already given her boyfriend a nickname.

“Greyson calls him ‘Baby,’ so he’s always like, ‘Hi, Baby!’ and Meilani’s always known him as [my friend] Erica’s brother, so that’s how I wanted to keep it with the kids, so it’s not an awkward transition,” she told ET. “So they’ve just always known him as one of our really close friends.

Carpinello, who attended Farley and Mathews’ wedding in 2015, also previously accompanied Farley and her kids to Disney.

“We all went as a group,” she explained to E! News, adding that Meilani “always thinks of him as the one who … goes on rides and is super fun.”

Farley and her new man went public with their romance in April, seven months after she filed for divorce from Mathews. 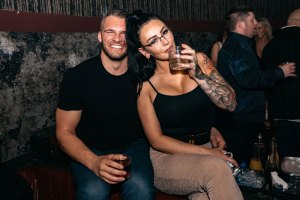 On Saturday night, Carpinello shared a photo with his girlfriend on Instagram and called her “the love of my life.”

“I love that I can make her smile, apparently, like nobody else has ever done in life, so that’s the biggest thing I love,” he told ET. “That’s something I hear from everybody all the time. So I know there’s got to be truth behind it.”

“I just adore his company,” Farley admitted. “Even if he doesn’t like something, he goes above and beyond and wants to experience it with me — watching, like, Game of Thrones, or going to Disney, or doing something fun and interesting. So, it’s something I haven’t had, which I appreciate.”

Farley’s Jersey Shore: Family Vacation costar Pauly “DJ Pauly D” DelVecchio told Us earlier this week that he was looking forward to meeting her new beau when they visited Vegas. “I am really excited about it ’cause she is really happy, that is the only thing I do know,” he told Us. “I don’t know much about the guy yet, but I am excited to meet him.”

The New York native get to know the rest of Farley’s GTL crew in a few weeks’ time when he accompanies her to the MTV Movie and TV Awards in L.A. on June 18. The MTV show is nominated for Reality Royalty.