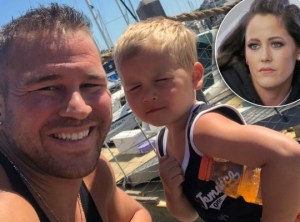 Jenelle Evans’ ex-fiancé Nathan Griffith spoke out on Sunday, July 7, after she regained custody of their son, Kaiser.

Griffith — who had temporary custody of the 5-year-old for almost two months after he was removed from Evans’ home following an incident that involved her husband, David Eason, shooting and killing the family’s French bulldog — tweeted on Sunday about the situation.

“I’ve calmed down a bit and just relying on my faith at this moment,” he wrote, referring to the judge’s decision on Wednesday, July 3, that returned Kaiser along with Evans and Eason’s 2-year-old daughter, Ensley, and Eason’s daughter, Maryssa, 11, to the couple’s North Carolina farm. 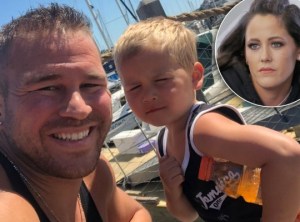 “I’m not going to put my two cents in but if anyone wants to put their input, you can visit: https://survey.nccourts.org/1480690875 to complete a survey. Any input will help. The judge’s name is Pauline Hankins. TY #TeamGriffith”

I’ve calm down a bit and just relying on my faith at this moment. I’m not going to put my two cents in but if anyone wants to put their input, you can visit: https://t.co/7eYlIm8dsX to complete a survey. Any input will help. The judge’s name is Pauline Hankins. TY #TeamGriffith

A judge previously appointed to the former Teen Mom 2 star’s custody battle ruled that the 27-year-old had “failed to protect the children while they were in her care,” but when Hankins was put onto the case, she saw things differently, and according to Evans, didn’t find “any evidence against us of neglect or abuse of any sort.”

Evans’ mom, Barbara Evans, who has had custody of Evans’ eldest son, Jace, 9, for most of his life and had been temporarily caring for Ensley, also spoke out after the judge’s decision, telling Radar Online that it was “an injustice to the children.”

“We are all stick to our stomachs,” she added as she told the site she was “going to fight for these children.”

Evans told Us Weekly she was “ecstatic” to be reunited with her kids. The former MTV star — who was fired by the network after Eason, 31, admitted to killing the dog because it nipped at his toddler — posted photos and videos on Instagram of the kids playing together in her pool on Thursday, July 4, and taking to the water on Eason’s boat.