Jaden Smith: It’s ‘true’ that Tyler, the Creator is my boyfriend 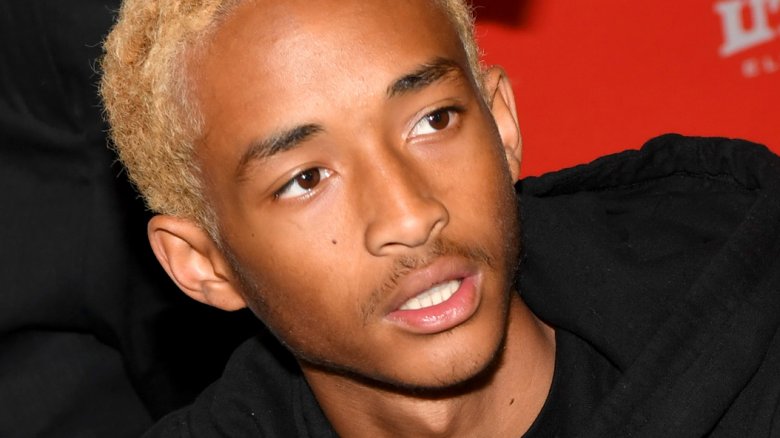 Jaden Smith insists that his previous claims that he is in a relationship with rapper Tyler, the Creator weren’t lies.

The rapper, actor, and Twitter philosopher spoke with Apple Music Beats 1 Radio’s MSFTS Frequency on Friday, Nov. 23, 2018, and further opened up about his dynamic with Tyler, the Creator (real name Tyler Gregory Okonma). As reported by TooFab, Smith, who was at the interview to promote his new mixtape (The Sunset Tapes: A Cool Tape Story), brought up the subject of his relationship with Tyler himself, without any apparent prompting.

“I recently said that Tyler, the Creator is my boyfriend, and that’s true, so just so you know,” Smith, 20, said.

As noted by Us Weekly, Smith later took to Twitter to like two tweets that read, “@officialjaden reaffirms he has a boyfriend.”

At the time of this writing, Tyler, 27, hasn’t responded to Smith’s comment during his MSFTS Frequency interview.

Smith’s recent statement about his alleged romance with Tyler marks his third public comment about their relationship. He’d previously claimed Tyler was his boyfriend while performing at the 2018 Camp Flog Gnaw Carnival in Los Angeles on Nov. 11, 2018.

Those filming then turned their attention to Tyler, who was in the front row, and he reportedly shook his head and finger, appearing to deny Smith’s claims, and laughed.

Smith then said, “Tyler, the Creator is my f**king boyfriend, OK? If you take anything away from this f**king show, that’s what you need to take away.”

Not long afterwards, Smith tweeted out, “Yup @tylerthecreator I Told Everyone You Can’t Deny It Now.” In response, Tyler said, “hahaha you a crazy [expletive] man.”

As Tyler has not blatantly confirmed or denied Smith’s claims that they are together, it’s unclear if Smith has simply been joking about their friendship or if they are indeed dating. A source told People magazine that Smith was just “trolling” when he seemingly opened up about dating Tyler at the Camp Flog Gnaw Carnival, but, of course, we can’t know anything for sure unless Tyler comes forward with a serious statement about his supposed romance with Smith.

Smith, who has dated model Sarah Snyder and actress Odessa Adlon in the past (via MTV News), has been open about his gender fluidity over the years, as noted by Us Weekly. In January 2016, the son of rapper-actor Will Smith and actress Jada Pinkett Smith became the face of luxury fashion brand Louis Vuitton’s womenswear.

“What he’s reflecting in these bold choices is a refusal to be labelled or combined in one stereotype or another, in terms of who you are and how you dress,” Eliza Byard, executive director of the Gay, Lesbian and Straight Education Network, explained to The Wrap at the time. “Whether its a skirt or a flower behind his ear, he’s making very public a whole strand of enjoyment that we see from youth all across the country.”

Tyler, the Creator, on the other hand, has previously opened up about dating men. On his album Flower Boy, which was released in 2017, he rapped that he had “been kissing white boys since 2004.” However, as TooFab pointed out, the Odd Future co-founder has never confirmed or denied rumors that he is gay.

In an interview on Know Wave’s Koopz Tunes radio show in August 2017 (via Billboard), he said, “I had a boyfriend when I was fifteen in f**king Hawthorne,” adding, “If that’s not open minded, I don’t know what is.” He later tweeted out that what he’d said was just a “figure of speech to get koopz ‘open minded’ point across,” noting, “I was single at 15 haha.”

As for Smith and Tyler’s alleged relationship, well, we’ll just have to wait and see if they’re for real.